Watch: After defeating Bangalore, MS Dhoni 'back to Daddy’s duties' 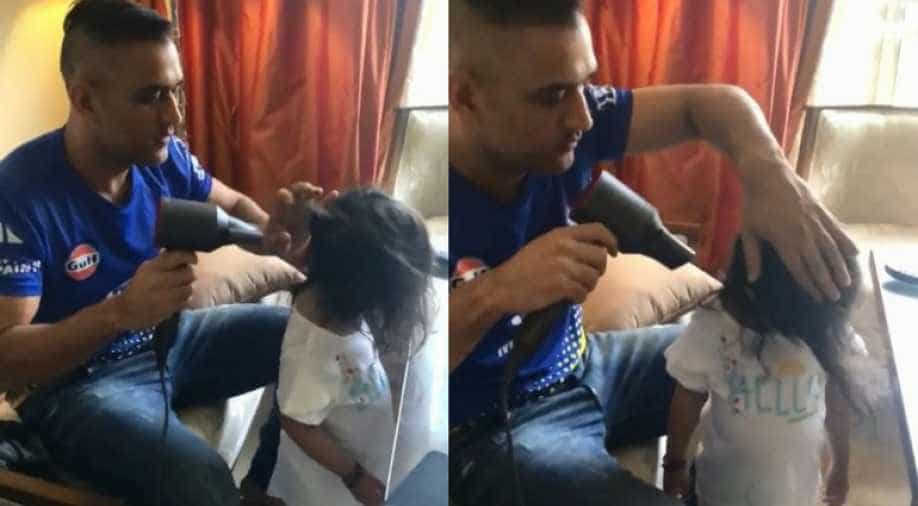 He scored 70 runs off just 34 balls with a strike rate of 205.88 and in his signature style, he finished the innings by hitting a sixer to mark the victory.

After winning the crucial encounter, Dhoni engaged himself with some "daddy's duties." In a recent video that he shared on Instagram, he was found blow drying daughter Ziva's hair.

"Game over, had a nice sleep now back to Daddy’s duties," says Chennai skipper Dhoni as the caption of the video. Fans and followers have flooded the comments section with "AWWs" and "OMGs"

Game over, had a nice sleep now back to Daddy’s duties

Chennai team is currently placed atop of the points table and preparing for the next clash which is against Mumbai on Saturday, April 28.