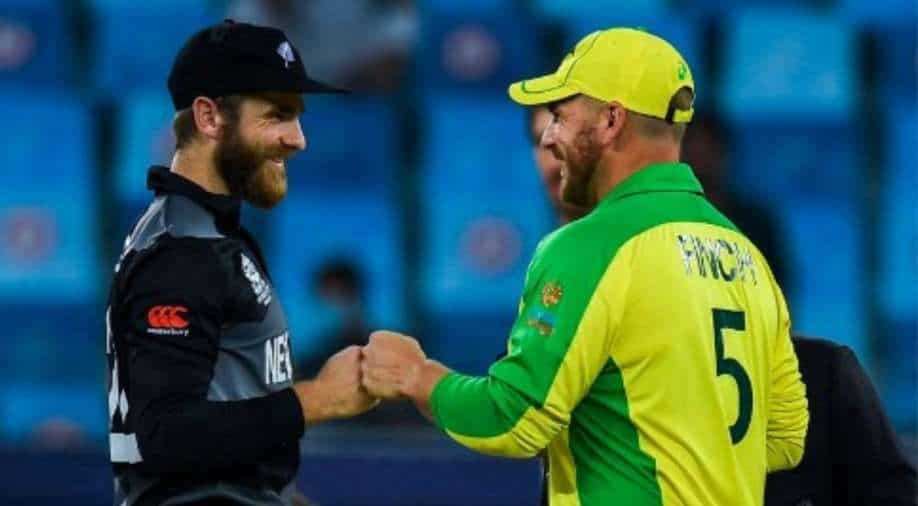 New Zealand captain Kane Williamson, who said that the team is just trying to get a competitive total, has one forced change with Tim Seifert taking over the wicketkeeping duties

Australian skipper Aaron Finch won the toss and opted to bowl first in the final of ICC Men's T20 World Cup 2021 on Sunday (November 14) against New Zealand at the Dubai International Cricket Stadium. Both New Zealand and Australia are bidding for their maiden title in the tournament.

So far in this World Cup, Aaron Finch has won six out of seven tosses and interestingly has chased in all six occasions. They have been successful five times. Also, eleven out of the last twelve matches have been won by teams chasing in Dubai.

Aiming to win the coveted trophy, Finch has not made any changes to the squad. He said, "The way we hung in the contest and take it deep was crucial for us."

"Zampa has been superb for a while in the shortest format, and hopefully, that will continue. It is a new format, a new team and our record over NZ doesn't matter at all," Finch added.

ALSO READ | Ganguly jokes on why he called Dravid to become India's head coach: 'He was being too strict with his son'

Meanwhile, New Zealand captain Kane Williamson, who said that the team is just trying to get a competitive total, has one forced change with Tim Seifert taking over the wicketkeeping duties after Devon Conway broke his hand and was ruled out.

Williamson said, "It is a shame that he [Devon Conway] misses but as a team, we have to move on and focus on the challenge at hand. Mitch Santner is a world-class operator and it didn't quite work out in the match the other night. We don't want to look too far ahead and we just need to make a few small adjustments."

Australia have won the toss and elected to field.