US to start withdrawing 4,000 troops from Afghanistan in phased manner starting next week 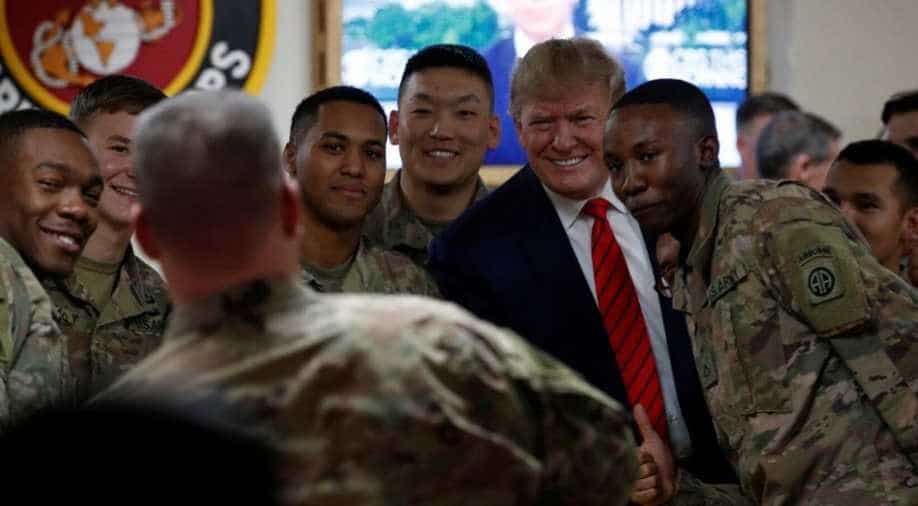 US President Donald Trump takes a photo with US troops during a surprise visit at Bagram Air Base in Afghanistan. Photograph:( Reuters )

According to officials, the withdrawal will leave between 8,000 and 9,000 US troops in war-torn Afghanistan.

United States has planned to withdraw around 4,000 of its servicemen from Afghanistan next week. This comes in the wake of resumption of the dialogue between Washington and the Taliban.

According to officials, the withdrawal will leave between 8,000 and 9,000 US troops in war-torn Afghanistan.

The officials did not mention the withdrawal date but did characterise it as a phased process that would occur over a few months starting from next week.

The US announcement came just days after special representative for Afghanistan reconciliation Zalmay Khalilzad rejoined diplomatic talks with the Taliban which had broken down in September when Trump cancelled direct talks.

Only last week, the Taliban announced that the talks with the US had resumed in Doha after a three-month hiatus.

However, ambassador Khalilzad said that the US was "Taking a brief pause" in talks due to an attack near Bagram airfield that killed two Afghan civilians and wounded 70 more this week.

Meanwhile, the US and the Taliban had been attempting to negotiate a peace deal for nearly a year now that would ensure the withdrawal of foreign troops in exchange for the group`s guarantee that the country will not become a safe haven for terrorists.