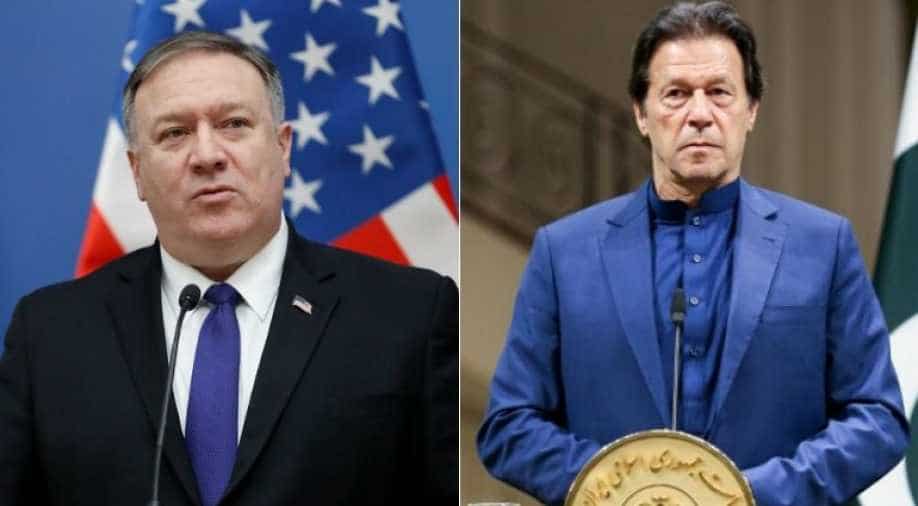 Reports of Hindu religious sites being vandalised and frequent cases of forced conversion of Hindu girls for marriage frequently emerge from Pakistan.

The United States has launched an alliance of “like-minded partners who treasure, and fight for, international religious freedom for every human being.”

Their first step in this endeavour to foster global understanding and harmony was to condemn Pakistan for not protecting the religious freedom of its minorities, including the Hindus.

Comments on this were made by Secretary of State Mike Pompeo during the launch of the International Religious Freedom Alliance, comprising of 27 nations.

Also read: For Pakistan PM, atrocities over 2 million Uighur Muslims is 'nothing', says he won't criticise China because 'they helped us'

Pompeo stated that the US condemns "terrorists and violent extremists who target religious minorities," adding that they do so irrespective of whether they may be the Yazidis in Iraq, Hindus in Pakistan, Christians in northeast Nigeria, or Muslims in Burma.

Also read: 'Don't know much about' — Imran Khan on situation of Uighurs Muslims in China

Statements from the US official comes soon after India amended legislation to grant citizenship to migrants from six minority communities from Afghanistan, Bangladesh and Pakistan who entered the country after December 31, 2014.

Among the prominent nations to have joined this alliance are Australia, Brazil, the United Kingdom, Israel, Ukraine, the Netherlands and Greece.

The participating nations, as per Senior State Department officials, are to discuss the areas that they shall be focussing on, such as technology and religious oppression, blasphemy and apostasy laws, etc.

The alliance will be deliberating statements, discussing the initiatives taken by international bodies which they will support and agreeing on situations where imposing sanctions is a feasible possibility.

Speaking on condition of anonymity, one official stated that this is a consensual body and that every nation is not bound to join in each of the items that come forth.