US concerned about atrocities against Rohingyas: Tillerson to Myanmar army chief 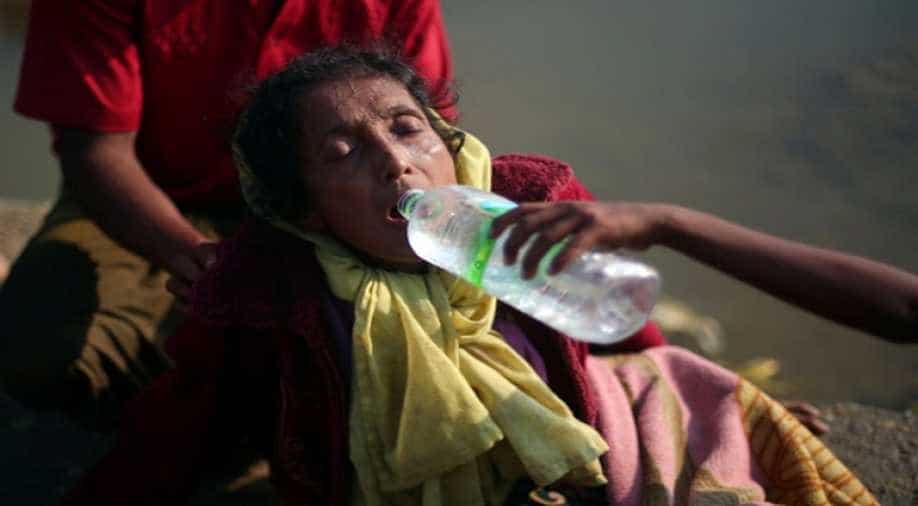 Nurij, 65, an exhausted Rohingya receives water after she is carried to a port after crossing from Myanmar, in Teknaf, Bangladesh, October 25, 2017. REUTERS/Hannah McKay Photograph:( Reuters )

US secretary of state Rex Tillerson spoke on Thursday with Myanmar's army chief and expressed concern over reported atrocities against Rohingya Muslims in Rakhine state, the US State Department said in a statement.

Tillerson urged the army chief, Senior General Min Aung Hlaing, to support the Myanmar government in ending the violence and allowing the safe return of ethnic Rohingya who has fled the area, the statement said.

More than 600,000 Rohingya Muslims have fled Rakhine state in Buddhist-majority Myanmar, mostly to neighbouring Bangladesh, since security forces responded to Rohingya militants' attacks on August 25 by launching a crackdown.

The State Department is considering formally declaring the crackdown on Rohingya Muslims to be ethnic cleansing.

In his call with Min Aung Hlaing, Tillerson also urged the Myanmar military to facilitate humanitarian aid for displaced people, allow media access and cooperate with a U.N. investigation into allegations of human rights abuses, the State Department said.

Pressure has mounted for a tougher US response to the Rohingya crisis ahead of President Donald Trump’s maiden visit to Asia next month when he will attend a summit of Southeast Asian countries, including Myanmar, in Manila.