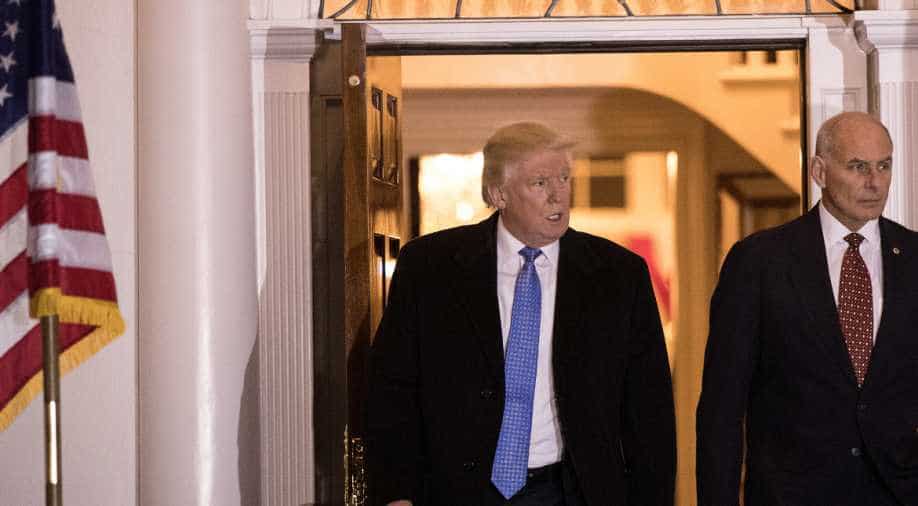 Pakistan said Donald Trump praised its prime minister as a "terrific guy" and offered support for a "fantastic" country, in an effusive phone call that baffled many after sharp criticisms in the past.

The Pakistani government released the candid account, complete with Trump`s trademark language, after Nawaz Sharif phoned the billionaire real estate mogul to congratulate him on his election victory.

The widely-circulated statement released late Wednesday caused surprise given the anti-Muslim rhetoric of the Trump campaign and the president-elect`s past description of Pakistan as "not our friend".

It said Trump told the embattled Pakistani leader, currently embroiled in a corruption court case, that he has a "very good reputation".

"You are a terrific guy. You are doing amazing work which is visible in every way. I am looking forward to see you soon. As I am talking to you prime minister, I feel I am talking to a person I have known for long," it quoted Trump as saying.

"Your country is amazing with tremendous opportunities. Pakistanis are one of the most intelligent people," Trump said according to the statement, while also offering to help solve the nation`s many challenges which include a violent insurgency.

"I am ready and willing to play any role that you want me to play to address and find solutions to the outstanding problems. It will be an honour and I will personally do it."

Trump has long been disdainful of Pakistan on social media.

On January 17, 2012, he tweeted: "Get it straight: Pakistan is not our friend. We`ve given them billions and billions of dollars, and what did we get? Betrayal and disrespect - and much worse. #TimeToGetTough"

Pakistanis have also been suspicious of his relationship with arch-rival India.Pakistan heavily relies on US aid and is likely to get around $1 billion in economic and security assistance in the 2017 financial year.

Relations plummeted after it emerged in 2011 that the US had carried out a raid to kill Al-Qaeda leader Osama bin Laden, found hiding in Pakistan, without Islamabad`s consent.

Trump`s election has met with concern over what it could mean for aid commitments and bumpy diplomatic relations.

However, the government statement said Trump urged Sharif to call him "any time even before 20th January" when he takes power.

Trump also responded to an invitation to visit Pakistan by saying he would "love to come to a fantastic country, fantastic place of fantastic people", it said.

He would be the first US president to visit since George W. Bush during military leader Pervez Musharraf`s rule in 2006. "His visit to Pakistan would be most welcome," a foreign ministry spokesman said Thursday. Pakistan "would like to strengthen ... the existing relationship further and we would like to continue working with the new administration when it takes over," he continued.

"Fantastic diplomacy" wrote Pakistani journalist Waseem Abbasi, based in Washington, on Facebook. Some were more sceptical.

"But Mr Trump do you know most Pakistanis are Muslim - how can they be `brilliant and exceptional` as well? Won`t you stop them entering?" wrote journalist Omar Quraishi on Twitter.

Trump railed against Muslims during the campaign and vowed to ban them from entering the US.

"I`m still trying to process that zany Trump-Sharif phone call. Who would have known that Trump would become a spokesman for #PakPositive?" tweeted Michael Kugelman, an analyst at the Woodrow Wilson Center in Washington.

Kugelman later warned not to read too much into the call, given how "unpredictable" Trump can be.

Trump`s transition team confirmed the call but gave a more toned-down account, saying the pair had a "productive conversation about how the United States and Pakistan will have a strong working relationship in the future."

"President-elect Trump also noted that he is looking forward to a lasting and strong personal relationship with Prime Minister Sharif," it said in a statement.