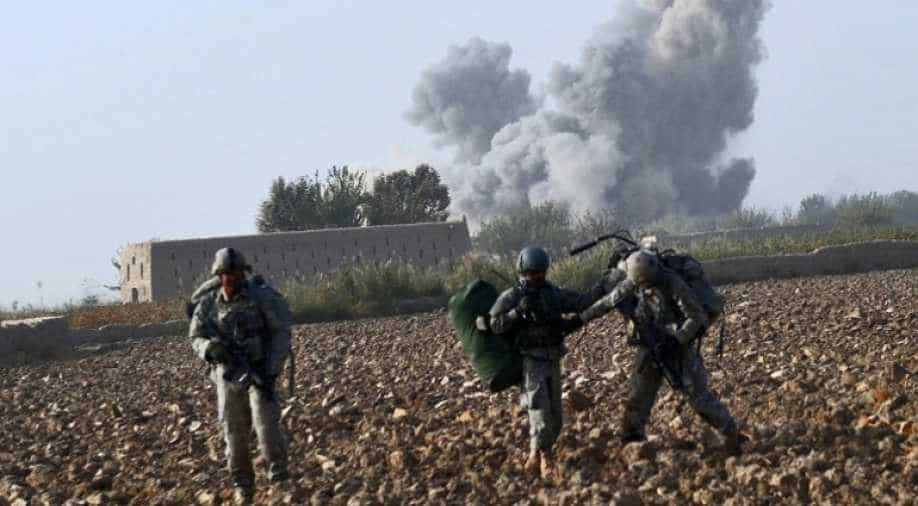 The explosion took place during a high-level meeting at a guesthouse in Kandahar. (Representative image) Photograph:( AFP )

At least nine people were killed and 16 injured in an explosion at a government guesthouse in Afghanistan's Kandahar city on Tuesday, Afghanistan media reported.

The explosion took place during a high-level meeting at the guesthouse.

Those wounded in the explosion include the UAE ambassador, another UAE envoy and Kandahar governor, Hamayun Azizi, the governor’s spokesman Samim Khpolwak, who was also injured, told Afghan TV channel TOLOnews.

The governor's condition is said to be serious, a source told TOLOnews.

Kandahar police chief, General Abdul Raziq, who was also present during the meeting, was not harmed in the incident.

No group has claimed responsibility for the attack so far. The wounded are being treated at hospitals in the city.

Earlier on Tuesday, at least 30 people were killed and 70 wounded in twin suicide bombings in an apparently coordinated operation in Afghanistan's capital, officials said on Tuesday.

A suicide bomber blew himself up near parliament offices in Kabul followed by a car bomb explosion.

Saleem Rasouli, a senior public health official, said 33 people had been killed and more than 70 wounded on the Darul Aman road, near an annexe to the new Indian-financed parliament building. Most of the victims were parliamentary staff members.

The Afghan Taliban claimed responsibility for the attacks.