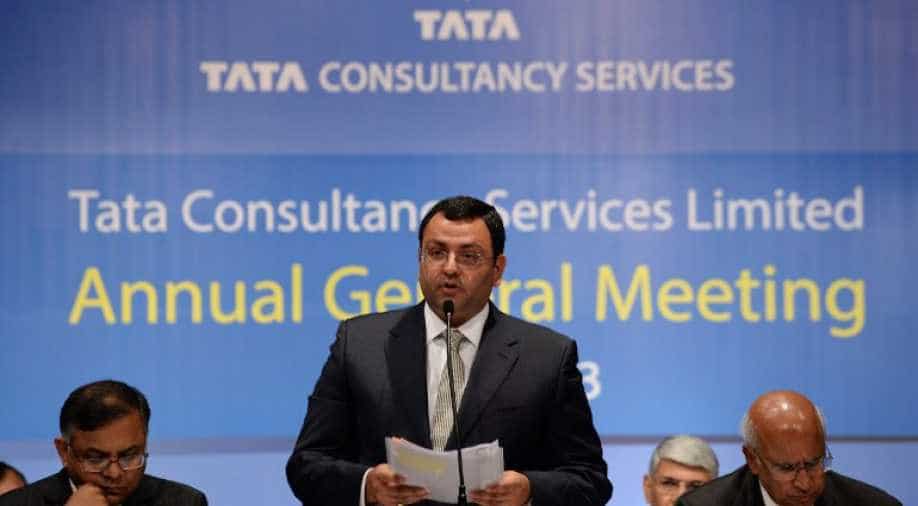 Tata Consultancy Services is the group's largest revenue earner. Mistry (in photo) was ousted as chairman of Tata Sons in a surprise move?last month and replaced by Ratan Tata as interim chair. Photograph:( AFP )

Last month, Mistry was ousted as chairman of Tata Sons in a surprise move and was replaced by Ratan Tata as interim chair. A similar move to unseat Mistry from TCS, the crown jewel in the Tata conglomerate portfolio, was anticipated given the bitter war of words that has erupted between the two sides following Mistry's ouster.

With Tata Sons controlling an over 70 per cent stake in TCS, lawyers had noted that removing Mistry as chair of the software and services company, would be a much easier task than removing his as chair of many other ventures that Tata Sons do not own a majority stake within.

Meanwhile, Tata Sons has called for an extraordinary general meeting of shareholders to consider a resolution for the removal of Mistry as TCS director.

Mistry's ouster has triggered a public spat between him and Tata Sons, which has also pushed some of Mistry's closest aides out of the group.

Mistry, whose family controls an 18.41 per cent stake in Tata Sons, continues to be the chair of some of the key listed group companies such as Indian Hotels, Tata Motors and Tata Steel.

Tata Sons owned a 73.26 per cent stake in TCS, as of September 30, according to exchange data. Shares of Tata Consultancy Services are down some 11 per cent this year up to Wednesday's close.