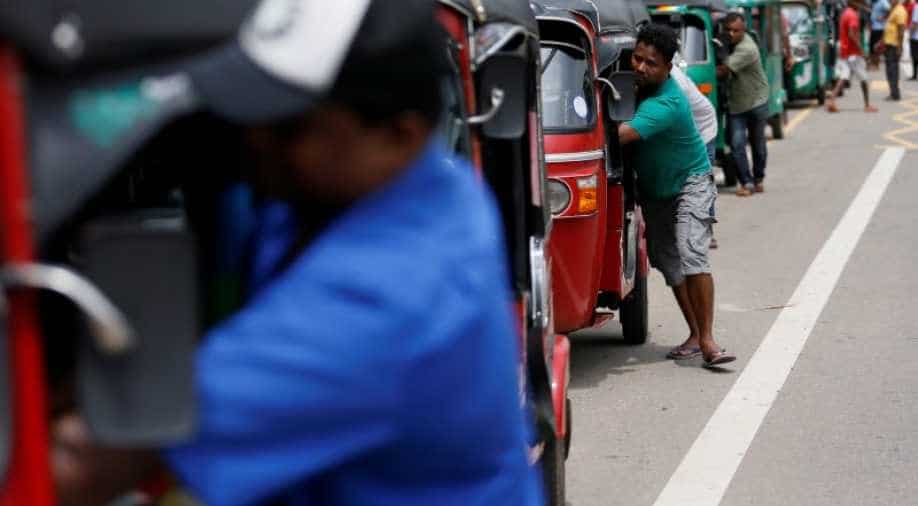 Drivers push their three-wheelers in a queue for petrol near a fuel station in Colombo, Sri Lanka November 7, 2017. Photograph:( Reuters )

Sri Lanka raised liquefied petroleum gas (LPG) prices with effect from Saturday after a recent rise in petroleum prices and the depreciation of the rupee currency made LPG imports more expensive.

The LPG price increase is the second in eight months.

The price of a widely used 12.5 kg LPG cylinder was raised by 17 percent to 1,676 rupees ($10.63) by both the state-owned LPG retailer and its only private competitor.

The government increased the price of the same size cylinder by 8.3 percent in September last year.

Since then the rupee currency has fallen 3 percent while global benchmark Brent crude futures have risen more than 27 percent. The rupee hit record lows in five consecutive sessions through to Friday.

A week ago, the International Monetary Fund said it was likely to consider Sri Lanka's request for a loan review in June 2018 after the cabinet approves an automatic fuel pricing mechanism, set as a condition by the global lender.

The lack of a fuel pricing formula has left both the state-run and private fuel retailers in Sri Lanka with losses as the government has been reluctant to raise prices for fear of upsetting voters.

State-owned Ceylon Petroleum Corp (CPC) was already under pressure to raise fuel prices after incurring a 9.9 billion rupee ($63.5 million) loss in the first two months of the year.