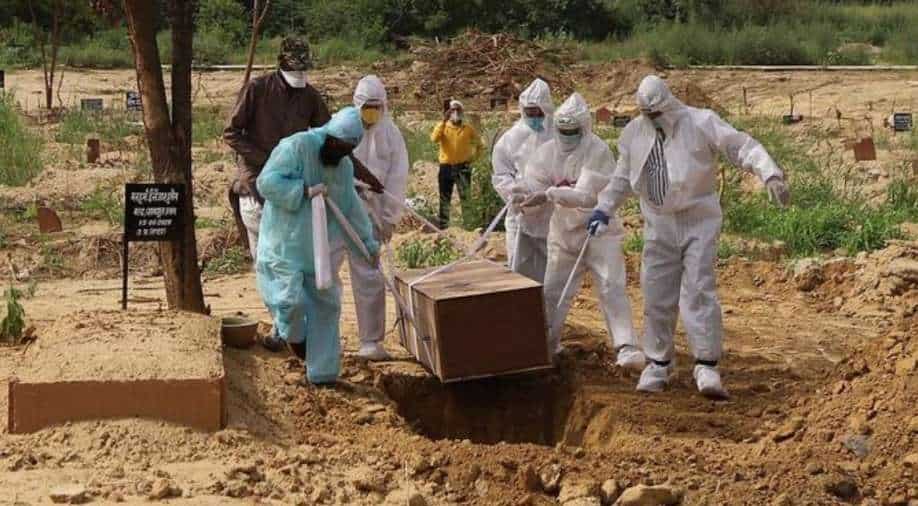 Following months of forced cremations, a group of Muslim families are launching a complaint to the United Nations Human Rights Committee (UNHRC) about this issue.

The families are launching this complaint as Sri Lanka's government has been forcing local Muslims to cremate the dead bodies during the coronavirus pandemic, claiming the deadly virus can spread from dead bodies too.

Such forced cremations, these families claim, breach their religious rights and are also causing "untold misery" to them.

This is being pushed by the Muslim Council of Great Britain and with the support of the British law firm Bindmans, on behalf of the few Muslim families.

The complaint has been launched by a group of eight families who have admitted that they do understand that in these tough times of the pandemic, "difficult decisions have to be taken which interfere with fundamental rights".

However, they have also said that while they understand the difficulty of the situation, they have also observed that the decision of forced cremations has been taken without considering the impact it would have on the religious beliefs and emotions of the Muslim community of the country.

"All of the cremations took place in a forced and arbitrarily expedited manner, denying family members any opportunity to respect their religious and cultural beliefs. This has served only to exacerbate the terrible grief suffered by each family member and their community," the group of families claimed in their complaint.

"The practice of burial, and the associated religious rituals and practices, are central tenets of the Islamic faith, a faith which is practised by a persecuted minority in Sri Lanka," it continued.

This has come after the UN special rapporteurs have twice warned the Sri Lanka government — once in April 2020 and the second time in January 2021 — against this new rule and have urged the South Asian country to respect the wishes of the Muslims in the country.

UN reached out to Sri Lanka government after it was alleged that nearly 200 Muslims have been cremated in Sri Lanka within a period of few months, despite several experts saying that burials are safe and should be permitted.

In addition to this, a case for discrimination has also been lodged with the Sri Lankan Supreme Court, for which the initial application was rejected. However, another hearing is expected to take place in March.