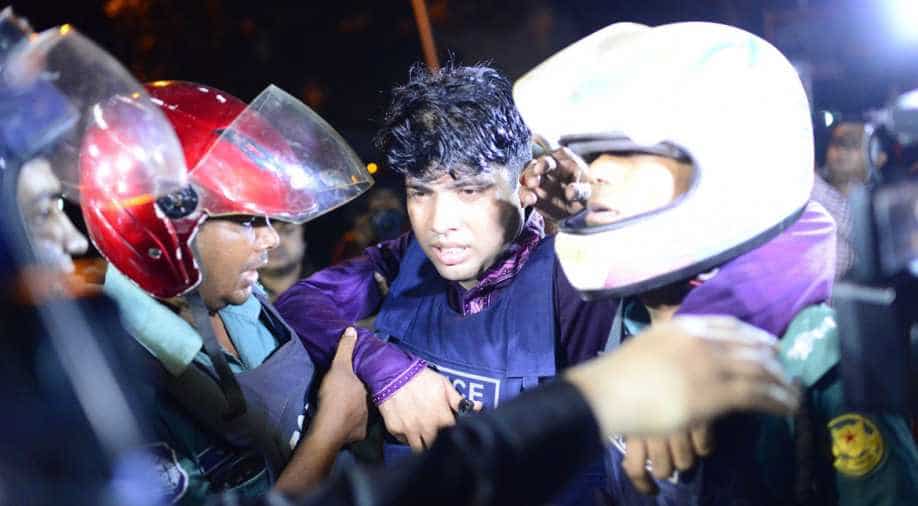 An injured Bangladeshi policeman is given assistance. Photograph:(Getty)
Follow Us
Seven Italian nationals are thought to be among the hostages taken by gunmen who stormed a cafe popular with foreigners in the capital of Bangladesh on Friday, Italian state television said quoting the Italian ambassador to Bangladesh.

Gunmen stormed a restaurant in the diplomatic quarter of Dhaka and took about 20 people hostage, including several foreigners, in an attack claimed by Islamic State.