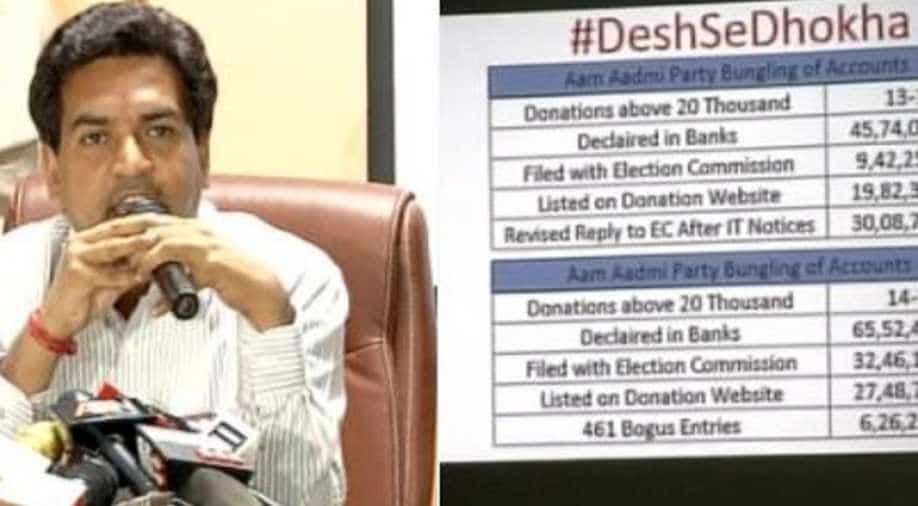 Mishra fainted a little after he started making his allegations. The former Delhi water minister has now been on a hunger strike for five days. Photograph:( ANI )

Sacked AAP minister Kapil Mishra fainted at a press conference called by him ||The former Delhi water minister has been on a hunger strike ||At his 'expose', before he fainted, he accused Delhi chief minister Arvind Kejriwal of money laundering

He said, at a press conference called by him, that the Aam Aadmi Party had lied to the election commission about the funding it had got.

He said the party acquired the money through shell companies.

Mishra added that the party converted black money into white through hawala transactions.

Then, a little after he started making his allegations, Mishra fainted.

Mishra has been on a hunger strike for five days now. He says the strike is indefinite.

Mishra, who used to be Delhi's water minister, was unexpectedly sacked on May 6.

The Aam Aadmi Party says it was because of poor performance.