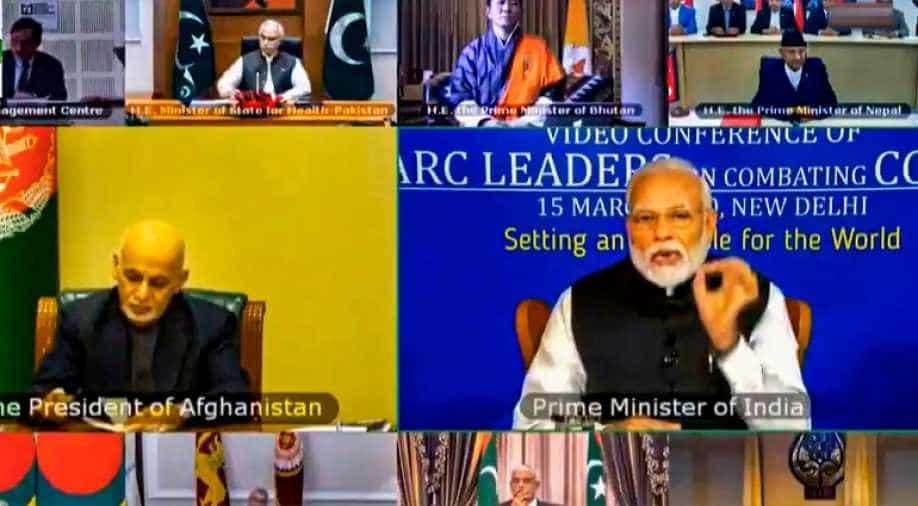 PM Modi had also announced the establishment of a SAARC Emergency Response Fund for COVID-19, with the initial US $ 10 million contributions from India which is up and running.

India has received an informal request from Maldives and Nepal for its rapid response team, which Indian Prime Minister Narendra Modi is at the disposal of SAARC countries. PM Modi had made the announcement on Sunday during the video conference with SAARC leaders for the joint strategy to deal with Corona Virus Crisis.

Ministry of external affairs spokesperson Raveesh in response to a question at the special presser on coronavirus crisis said, "A crisis of this magnitude does not recognize borders. It requires a coordinated response on a regional and global level. It was in this spirit that Prime Minister took the initiative of getting all the SAARC countries to cooperate closely to combat the pandemic."

Adding, "Initiative has been appreciated by several countries, including the SAARC member States. We are moving very fast on these announcements."

PM Modi had also announced the establishment of a SAARC Emergency Response Fund for COVID-19, with the initial US $ 10 million contributions from India which is up and running.

India has also got requests from SAARC countries for assistance in the form of masks, gloves, disinfectants and other items and the quantum of requests received is already above 1 million Dollar. India has already sent supplies to Bhutan and Maldives.

Speaking to WION, Indian envoy to Maldives Sanjay Sudhir said, "India is the only country which has come to the concrete assistance of Maldives. We have provided 5.5 ton of essential medicines which will suffice for three months. We have also provided a rapid response medical team which is working right now in the Maldives. We are committed, and will always stand by the side of Maldives. "

India had evacuated 9 Maldivians from Wuhan, which was the epicentre of the crisis in January. Other than Maldivians, India got back 23 Bangladeshis, 2 Sri Lankans and One Nepali also from Wuhan.

Another SAARC video conference is also scheduled for 26th March among the Health Professionals of all the SAARC. During the conference, the best practices being followed by health professionals of the respective countries will be discussed.