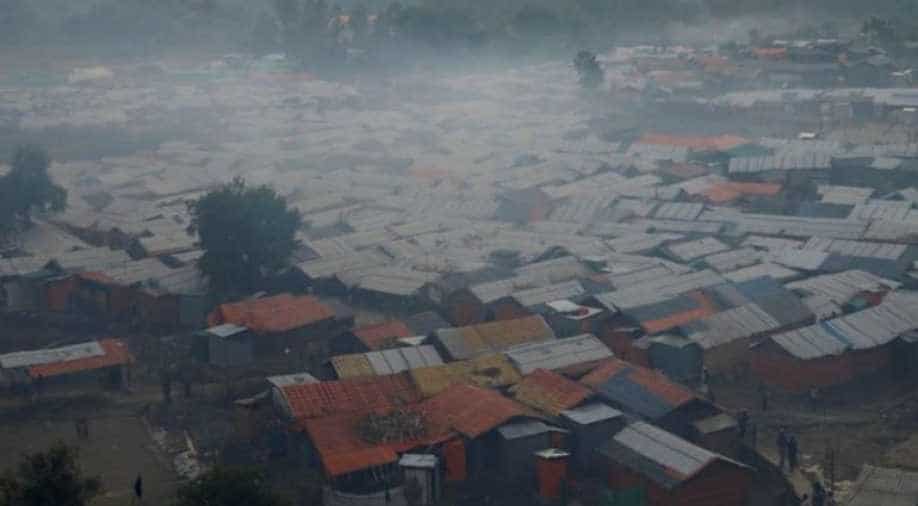 Rohingya Muslim insurgents said on Saturday that 10 Rohingya found in a mass grave in Myanmar's troubled Rakhine state last month were "innocent civilians", and not members of their group.

Myanmar's military said earlier this week its soldiers had killed 10 captured Muslim "terrorists" during insurgent attacks at the beginning of September after Buddhist villagers had forced the captured men into a grave the villagers had dug.

It was a rare acknowledgement of wrongdoing by the Myanmar military during its operations in the western state of Rakhine.

"We hereby declare that these ten innocent Rohingya civilians found in the said mass grave in Inn Din Village Tract were neither ARSA nor had any association with ARSA", the group said in a statement on Twitter.

A Myanmar government spokesman said in response to ARSA's statement that sometimes "terrorists and villagers were allied" in attacks" against security forces.

"We have already said it is very difficult to segregate who is a terrorist and who are innocent villagers," spokesman Zaw Htay said. "There will be an ongoing investigating process whether they are members of ARSA or not."

The Myanmar military did not immediately respond to requests for comment.

Myanmar’s civilian leader Aung San Suu Kyi said on Friday it was “positive” that the country’s military was taking responsibility for the actions of troops.

“It is a new step for our country,” she told a joint news conference with Japanese Foreign Minister Taro Kono in Myanmar`s capital of Naypyitaw.

“I see it that way because a country needs to take responsibility for the rule of law in the country, and this is the first step on the road of taking responsibility and it is a positive thing,” She said, according to a transcript of the news conference posted on her Facebook page.

On December 18, the military announced a mass grave containing 10 bodies had been found at the coastal village of Inn Din, about 50 km (30 miles) north of the state capital Sittwe. The army appointed a senior officer to investigate.

A statement from the military on Wednesday said its investigation had found that members of the security forces had taken part in the killings and action would be taken against them.

Some civilians wanted to kill the 10 men to avenge the death of an ethnic Rakhine Buddhist man in Inn Dinn village named Maung Ni and would face punishment, the military said.

On Saturday, a lawyer for one of Maung Ni’s sons said police were seeking murder charges against the son, named Tun Aye, for taking part in the killings. Lawyer Khin Win said a murder complaint against the son was filed with local prosecutors last week in Maungdaw, the nearest town to Inn Din.

Tun Aye was one of four Inn Din villagers detained by police on December 15, said Khin Win. The other three had been released, he said.

National police spokesman Thet Naing said he was not aware of the murder complaint.

The Rohingya crisis erupted after Rohingya insurgent attacks on security posts on August 25 in Rakhine triggered a fierce military response that the United Nations denounced as ethnic cleansing.