Resolving Rohingya crisis in interest of both India and Bangladesh: Envoy 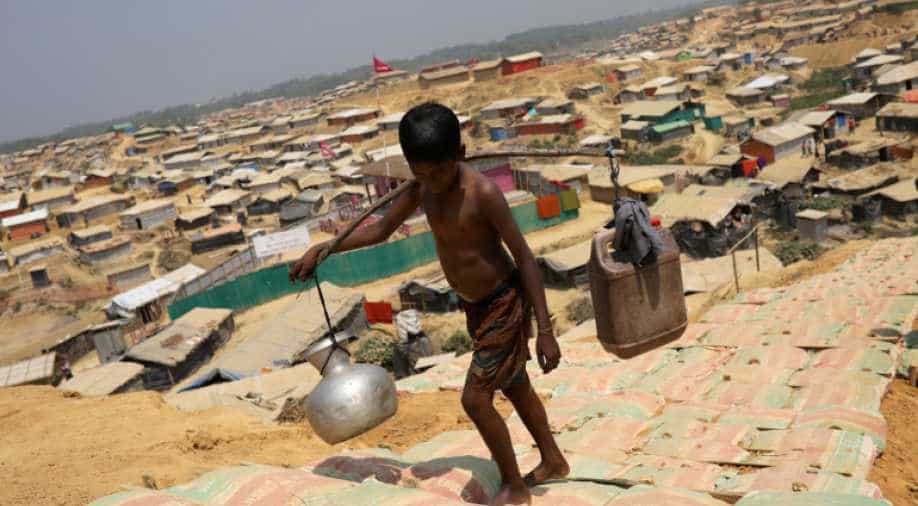 Resolving the Rohingya crisis will be in interest of both India and Bangladesh, as the presence of thousands of 'unemployed' refugees in the region can be as much a threat to India as to his country, Bangladesh High Commissioner Syed Muazzem Ali said here on Tuesday

Resolving the Rohingya crisis will be in interest of both India and Bangladesh, as the presence of thousands of "unemployed" refugees in the region can be as much a threat to India as to his country, Bangladesh High Commissioner Syed Muazzem Ali said here on Tuesday.

"We would like to see India play a major role in resolving the refugee crisis," he said, during a media interaction.

"It is our problem today. It might be your problem tomorrow. Because if we keep another thousand Rohingya refugees unemployed in our region, then it will be a threat for you as well," Ali said.

The Rohingya refugee influx into Bangladesh is not a matter of whether something is legal or illegal, he said, adding, "A group of people were driven out of their country and they had to take shelter in our country for their lives."

"But she had mentioned quite clearly that this will be a temporary shelter and the solution to the Rohingya issue must be found in Myanmar itself as this is where they have been living for a couple of centuries," Ali said.

There were some agreements for rehabilitation of Rohingya refugees, Ali said.

"India had signed some agreements with Myanmar government and we are trying to put pressure on Myanmar jointly as well as individually for the early repatriation of these Rohingya refugees," he said.

Expressing concern about the possibility of refugees being misled, Ali said, "It is better for all of us for them to remain in their own country instead of falling in the wrong hands."

"If they (Rohingyas) go to the Middle East, I don't know where they will end up, because we have seen ISIS in the past and I am quite concerned that these people should not be found in wrong hands", he said.

On terrorism, Ali said Sheikh Hasina has shown zero tolerance to the menace and has banned several terror outfits. At the moment, there are no terrorist outfits operating from Bangladesh, he added.

Sheikh Hasina has firmly controlled the situation and also handed over some terrorists to Indian authorities, he said.

"India hasn't expressed any security concerns to us," Ali said.

Security agencies of both the countries have checked smuggling of fake currency and drug syndicates, he said.