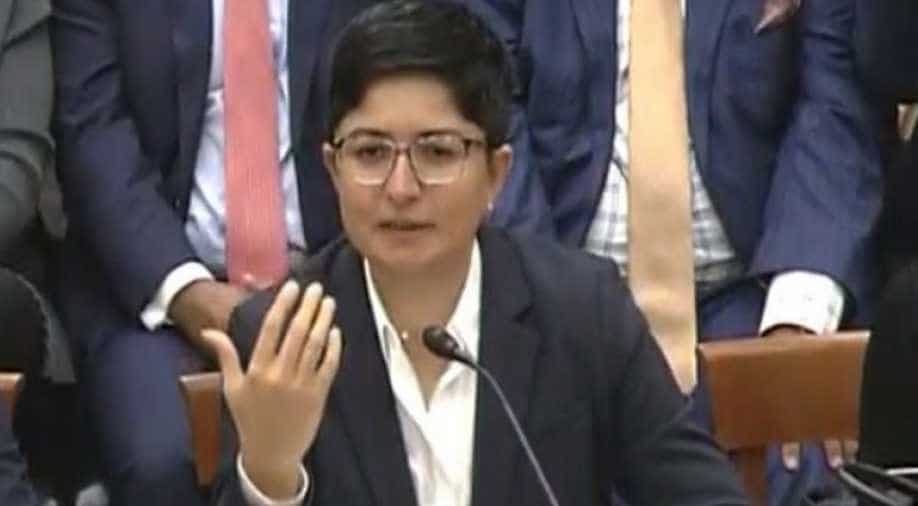 Religious persecution and violence against women are some of the most salient features of Pakistan, said Sindhi-American Human Rights activist Fatima Gul at the United States House Foreign Affairs Committee hearing on `Human Rights in South Asia` here on Tuesday (local time).

"Religious persecution remains a salient feature of Pakistan. Hindus, Christians, Ahmedis, Shias, Balochs continued to be victimised by religious extremists who operate with the government impunity. Pakistan is the only country in the world that legislated against its own citizens," Gul informed the US House panel over incidents related to violence committed by Pakistan against the ethnic minorities in its own soil."

Pakistan ranks as Sixth most dangerous country for women in regards to violence and rape.

According to Human Rights Watch, child sexual abuse remains disturbingly common in Pakistan. Around 141 cases have been reported just in Lahore in Punjab province of Pakistan.

In the first half of 2018, according to the police reports, more than 1,000 Hindu girls have been abducted and converted to Islam. Nearly, 33 per cent rise in child abuse cases have been witnessed in the country," the activist added.

Elaborating on more facts of victimising minorities in Pakistan, Gul said that on September 15 this year, religious extremists attacked temples, houses, schools, and Hindus in Ghotki town of Sindh province in Pakistan.

She said that the mob left chaos and terror across neighbourhoods as the attacks were carried out on the pretext that a Sindhi Hindu professor named Notan Lal had committed blasphemy. Despite a lack of evidence he was taken into police custody, she said.

"These attacks which lasted for over a week were completely blacked out by Pakistani media," Gul said while stressing on the seriousness of the human rights situation in Pakistan who is rather flagging baseless arguments over the atrocities in Kashmir.

The activist also noted that since the 1990s, some 70 people have been killed for blasphemy; around 40 people are currently serving life sentences while the others are facing death row.

She said based on eyewitnesses, Pakistani military supports terrorists who have carried out massacres of Hazaras- a community whose population today hardly reaches five million mostly concentrate in Quetta, Balochistan.

"For the last four years, Hazaras have been terrified to do even simple tasks like going to their jobs and sending their kids to schools," Gul noted.

In order to second her remarks, Gul also recalled that a bipartisan group of 10 influential American lawmakers in July this year had asked US President Donald Trump to raise the issue of human rights abuses in the Sindh province in his meeting with the visiting Pakistan Prime Minister Imran Khan.

Concluding her statement, the activist recommended that Pakistan should pass legislation that criminalises forced conversions of the young girls of whom a majority are minors.

"The country should allow journalists and other human rights organisations to take into account the full review of the human rights situation there," she added.

Meanwhile, responding to other panellists during the discussion over the human rights situation in Kashmir, senior Indian journalist from Kashmir, Aarti Tikoo Singh, outlined the bifurcation of Jammu and Kashmir and said, "The very assumption that I keep hearing in this panel is Kashmir is a `state`. But I want to correct that it is a `union territory` which is now divided into Jammu and Kashmir -- with a Hindu majority in Jammu and Muslim majority in the Valley."

The health care and other emergency services are all in place in Kashmir, noted the journalist while adding that this is not the first time when Kashmir is in lockdown.

"Back in 2016, Kashmir was put under lockdown by militants and separatists backed by Pakistan for at least six months. So, the hospitals and other necessary services in Kashmir are used to such contingencies and have functioned smoothly in previous lockdowns as well. So to say that this particular lockdown was different is wrong," Tikoo asserted.