Rally to mark one year since arrest of Myanmar Reuters journalists 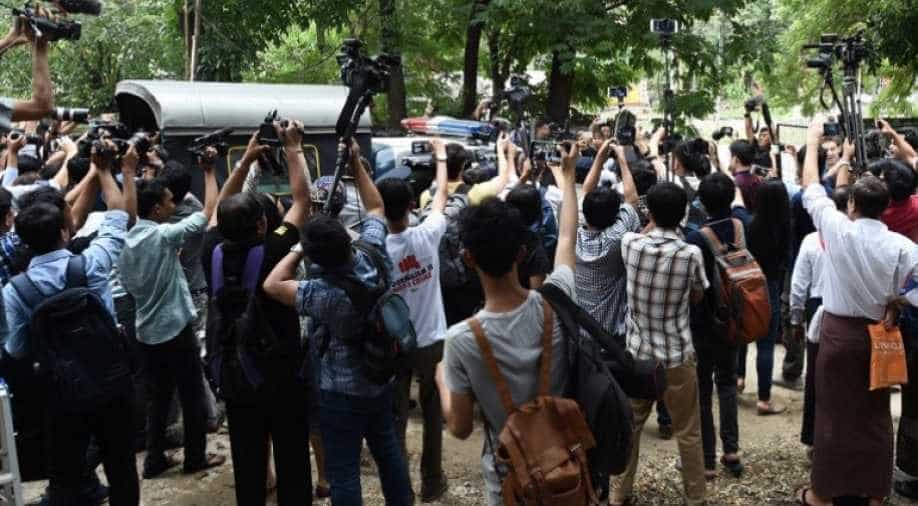 Both reporters were honoured in Time magazine's Person of the Year issue this week.

To mark one year since the arrest of two Myanmar Reuters journalist there will be a protest in Yangon on Wednesday.

Supporters will gather in downtown Yangon Wednesday afternoon as Reuters invites people from around the world to post photos on social media of the "thumbs up" gesture that became a symbol of the pair's court appearances.

Wa Lone, 32, and Kyaw Soe Oo, 28, were arrested outside a Yangon restaurant on December 12 and later handed seven-year jail sentences after exposing the extrajudicial killing of 10 Rohingya men during the military's brutal crackdown on the stateless minority last year.

Both reporters were honoured in Time magazine's Person of the Year issue this week.

Earlier on Tuesday, Reuters Editor-in-Chief Stephen J Adler called upon Myanmar to release two journalists on the anniversary of their arrests.

''Everyday they continue to be behind bars is a missed opportunity for Myanmar to stand up for justice,'' he said.