Political decisions should be taken in polling booths, not courts: Pakistan PM Abbasi 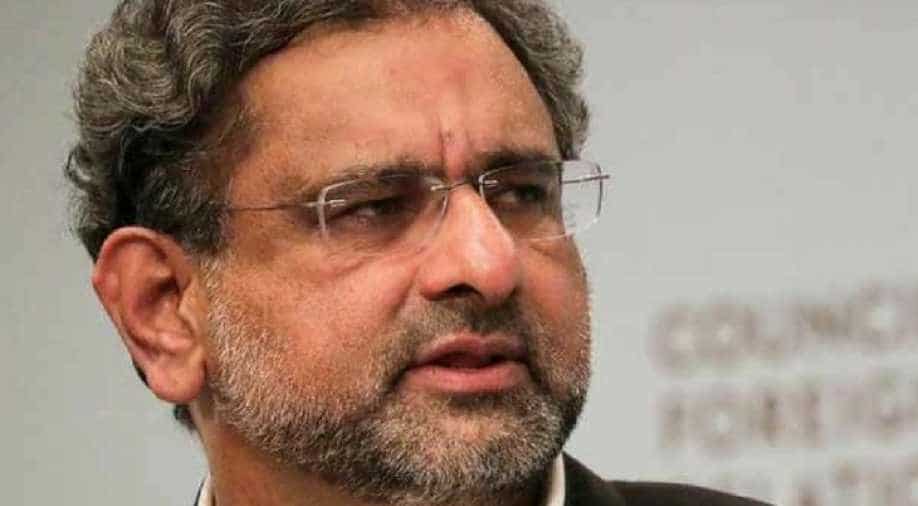 Pakistan Prime Minister Shahid Khaqan Abbasi has said that political decisions should be taken in polling booths, not courts, in an apparent reference to the ouster of his predecessor Nawaz Sharif by the Supreme Court.

Sharif, 68, was disqualified as the prime minister by the apex court in the Panama Papers case in July last year under Article 62 for failing to declare a receivable salary as an asset.

"Political decisions are taken in polling booths, not courts," he was quoted as saying by Dawn News.

The meeting, and Justice Nisar's subsequent referring of the prime minister as a supplicant, had irked Sharif, who later publicly asked Abbasi to explain his position on the meeting.

"It is a strange tradition that whosoever solves the country's problems is dragged into the courts, removed from posts and attempts are made to push (him) away from the people," Abbasi said.

The prime minister said the decisions of the people always prevail over court's verdicts ? some of which, he claimed, are controversial or not accepted by history.

"We continued to work despite severe opposition and gave respect to your vote," Abbasi told the gathering, outlining PML-N's achievements since it reclaimed power in 2013.

"You made a decision in 2008 and you got Asif Ali Zardari, and what he did to Pakistan, you all know. But in 2013 you sent him back home this was the people's decision," he said.

"I have complete faith that the enlightened people of Pakistan will respond to the conspiracies and overthrow of governments at the polling stations (in upcoming general elections)," he added.

Sharif has held several rallies in different parts of Pakistan since his ouster. He has targeted the judiciary for removing him from the office of the prime minister and also come up with 'give respect to the ballot' slogan.

The political future of Sharif, who leads the country's most powerful political family, has been hanging in balance since his disqualification. If convicted, Sharif could be jailed.

Sharif's family alleges that the cases are politically motivated.