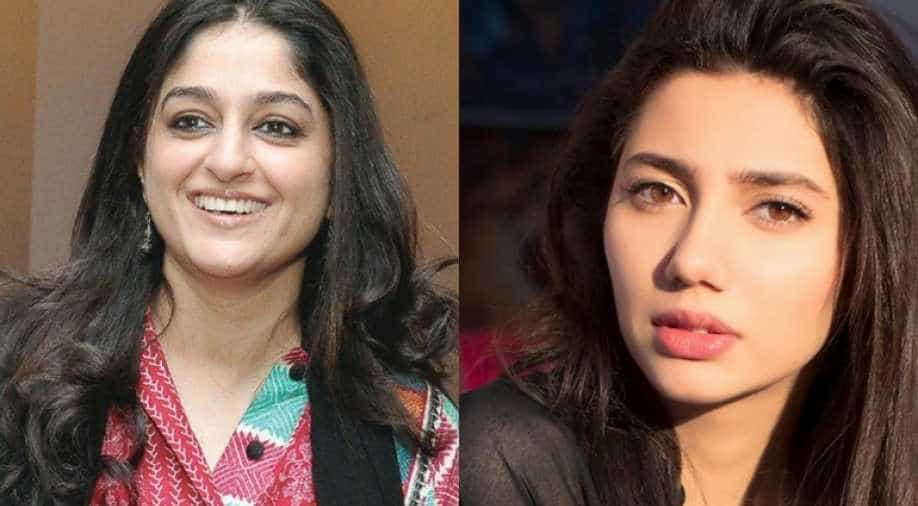 The rape and murder of seven-year-old Zainab have sent shock waves across Pakistan and has prompted the entire country to unite and demand harsh punishment for the culprits.  Photograph:( WION )

The rape and murder of seven-year-old Zainab have sent shock waves across Pakistan and has prompted the entire country to unite and demand harsh punishment for the culprits.

The incident has also prompted some very prominent names in Pakistan to speak about their personal incidents of sexual abuse that they have faced in their lives giving a momentum to the MeToo movement in Pakistan for the first time.

Actor Nadia Jamil, designer Maheen Khan, and PR guru Frieha Altaf shared their stories on social media and how they felt remaining silent to protect their family's honour was pointless.

I was 4 the first time I was abused sexually. I was in college when it blew out of proportion.
People tell me not to talk to respect my families honour. Is my families honour packed in my body? I am a proud,strong,loving survivor. No shame on me or my kids. Only pride 4 being me

Khan, who embroidered the costumes in Snow White and the Huntsman (2012), said that the mullah who came to teach her the Quran “abused me sexually. I froze in fear day after day.”

On Sunday, Altaf posted: “I was sexually abused by our cook at age six … the only shame is keeping SILENT.”

By speaking out, the three women have not only broken an age-old taboo that exists in the Pakistani society of keeping mum but have also encouraged other victims to speak out. Ever since their posts went viral, the three have got unprecedented support from people.

“Since yesterday I have had 20 people call me and talk to me about their own instances,” Altaf told the Guardian.

“This topic has been festering for a long time,” added Khan, saying that she hopes the state will bring in capital punishment for abusers, since “if the child has not died, she is still not alive anymore for the rest of her life”.

No animal rapes it’s children and throws their dead bodies in the trash. Only us humans have it in us. And yet we can just as amazing. Let that power of truth unite us! #Justice4Zainab I beg for! I demand! #JusticeForZainab https://t.co/IJAsYgrpQO

In the past one week, celebrities like Mahira Khan, Sanam Saeed Mody, Saba Qamar and others have written powerful messages condemning the horrific act. On Twitter, the celebrities have been using the hashtag #justiceforZainab and some of them have also appended #MeToo, linking their stories with the international fightback against abusers sparked by the Harvey Weinstein scandal.

They say Pakistan’s intelligence service is ranked at number one. Find them catch them jail them castrate them hang them! #JusticeForZainub where are you agents ?

My response to #OryaMaqboolJan's misogynistic and shameless suggestion that women are raped and killed because men are provoked by their dresses and how they are allowed to mingle freely in society which is also leading to men abusing children & being killed. pic.twitter.com/5arFvdFKJj

Find him, kill him, kill him again, kill him till no One in this country can dare to do this sort of thing!
My heart aches ????#JusticeForZainab @CMShehbaz

We should hang them & set examples out of these animals!!! So many similar cases one after the other! The children of our country don’t deserve this.... #JusticeforZainab https://t.co/Nz6zfj2Tjt

Popular news anchor Kiran Naaz went on air with her daughter recently and delivered a strong message on the child sex abuse.

The Pakistani society, for years, has been known to not speak about sex. Post the horrific incidences in Kasur, where several cases of child rape and murder have been reported in the past two years, more and more people are demanding awareness within the society and that sex education be made mandatory in schools.

This. We need to start talking about sexual abuse openly. We need to include that in our school curriculums. Awareness is key. Associating abuse and rape with shame is why countless go unheard of. Stop with the shame. https://t.co/1Xd3pXu0lb

The scandal – the largest of its kind in Pakistani history – has prompted parliament to outlaw the making of child pornography. Kasur, the city where the incident took place, has had a history of pedophilia. Riots broke out in the town soon after Zainab's new came out as people demanded stricter action. Two people have been killed in these riots.

Zainab's parents, who were out for pilgrimage when the incident took place, have blamed the police for inaction. Due to the mounting pressure from the public and now the government, the police have now detained 10 suspects in the Zainab case in Kasur and said the investigation was ongoing.