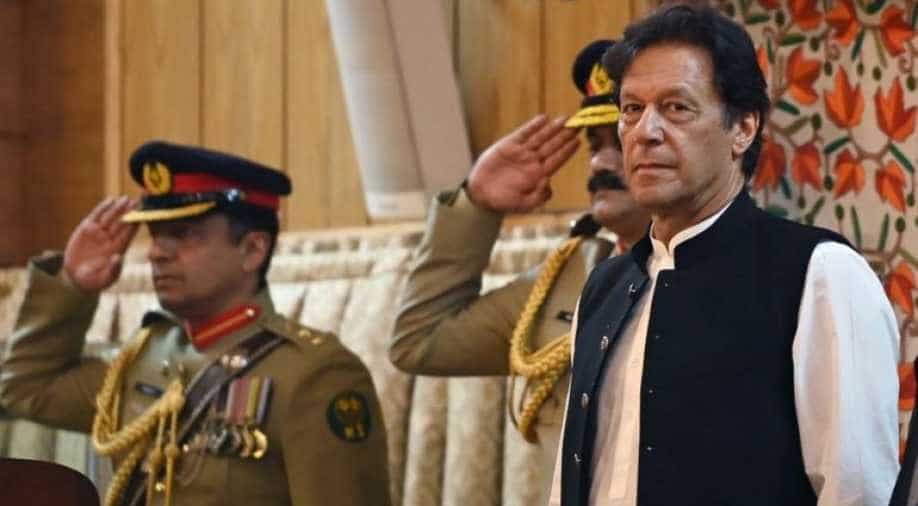 Prime Minister Imran Khan secured millions and millions in relief aid to fight the COVID-19 pandemic while complaining about his own salary.

His government used the money to fund ventures for self-promotion. In March, the government spent 42 million Pak rupees to set up a digital wing to defend itself on the Internet. The Pakistan army jumped in too - it sought pay hikes for its army generals, a 20 per cent pay hike during a pandemic!

Pakistan also kept diverting money from coronavirus funds to keep business going. A fortnight ago it used 10 billion Pak rupees to pay loan interests on electricity bills. The Imran Khan government thought it will go unnoticed and that nobody would question its splurge - its embezzlement in the name of healthcare.

But the International Monetary Fund(IMF) has ordered Pakistan to freeze all non-development expenditures. It has given Islamabad straight directives to stick to fiscal consolidation due to the high and unsustainable public debt.

The Pakistan government has been asked to undertake massive fiscal adjustments of up to 1,150 billion Pakistan rupees. The IMF says it is necessary to bring down the primary deficit at negative 0.4 per cent for this year's budget.

This directive is a part of IMF's $6 billion bailout for the debt-ridden Pakistan economy - a rescue act that Pakistan PM Imran Khan had whole-heartedly embraced. The IMF says that Pakistan will have to make major adjustments in its expenditures.

It has singled out Pakistan's defence expenditure. The IMF says that Pakistan must freeze salaries of government employees and also its defence budget.

The Pakistan army had sought a 20 per cent pay hike despite the massive economic crisis, they probably need the money to capture mountains as Imran Khan once famously said. The fact is Pakistan tried all it could - it obtained concessions, bailouts and debt relief but not once did it address predatory Chinese investments.

The result is for all to see as the soaring account deficit has become an existential threat and fulfilling conditions of the IMF bailout won't be an easy task.

Land of myths and hypocrisy: Nepal turns blind eye towards own mistakes