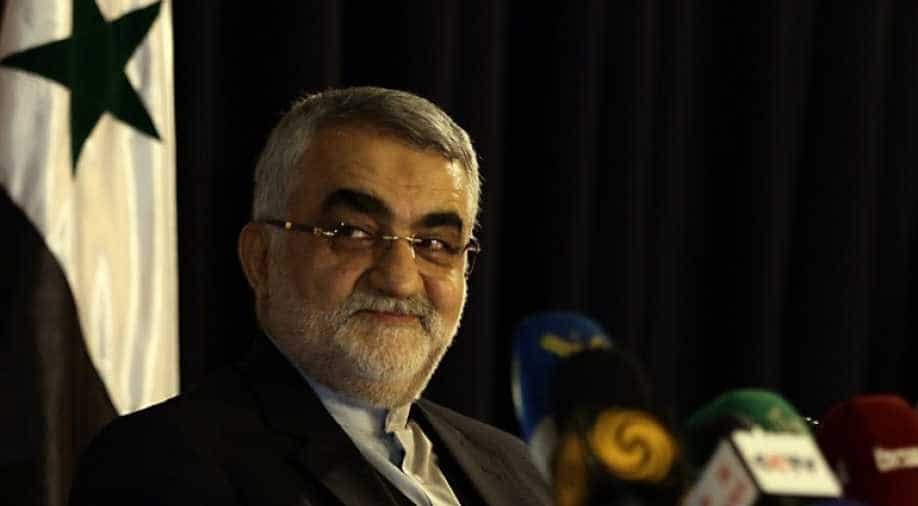 Boroujerdi also indicated that Iran wished to join the China-Pakistan Economic Corridor and that Iran-Pakistan Gas Pipeline was the main priority for both the countries. Photograph:( AFP )

Pakistan and Iran have agreed to raise the volume of bilateral trade to five billion dollars, said Alaeddin Boroujerdi, chairman of the Committee for Foreign Policy and National Security of Iran.

Boroujerdi made the comment while addressing a press conference in Islamabad during a three-day visit to Pakistan.

On Friday, Boroujerdi met with Pakistan National Security Adviser Nasser Khan Janjua to discuss the security of the region.

Pakistan, Russia, China and Iran should cooperate with each other for regional peace and stability, Boroujerdi added. He said that Iran was a close ally of Pakistan and there was no need to further improve relations between the two countries.

Boroujerdi also declared that Pakistan's Gwadar port and Iran's Chahbaha are sister ports which will enhance bilateral trade. He indicated that Iran wished to join the China-Pakistan Economic Corridor (CPEC), and that Iran-Pakistan Gas Pipeline was the main priority.