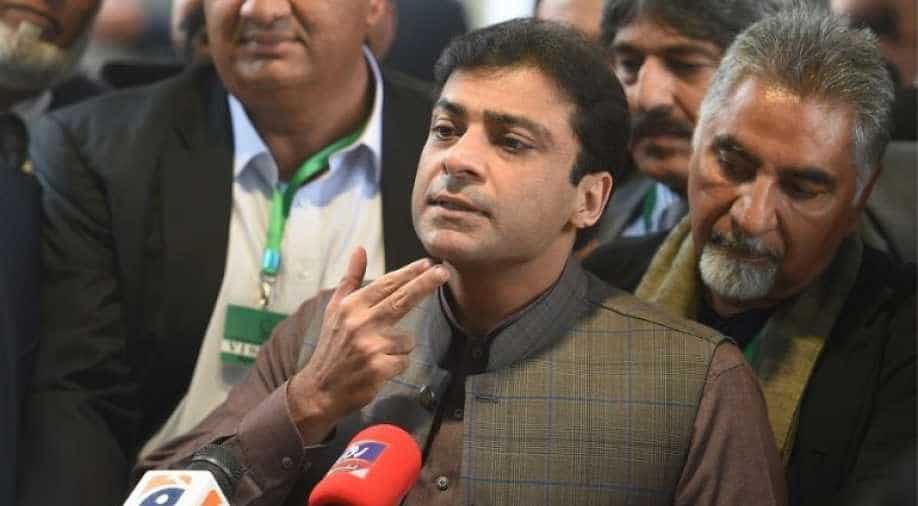 The leader of the Opposition in the Punjab Assembly will remain in the accountability bureau custody as he is on physical remand till July in a money laundering and assets beyond means case.

Hamza, whose father Shahbaz Sharif was also indicated in the same case, was arrested on June 11 after Lahore High Court dismissed withdrawn of his bail petitions in two cases--money laundering or assets beyond means and Ramzan Sugar Mills case.

The court had granted physical remand of Hamza to the NAB till June 26 which was later extended.

During the proceeding, PML-N President Shahbaz Sharif said that NAB made a 'propaganda fake and baseless case'.

In February, NAB had alleged that Sharif misused his post as the former Punjab chief minister to build a bridge amounting to Rs 500 million to facilitate the Ramzan mills.