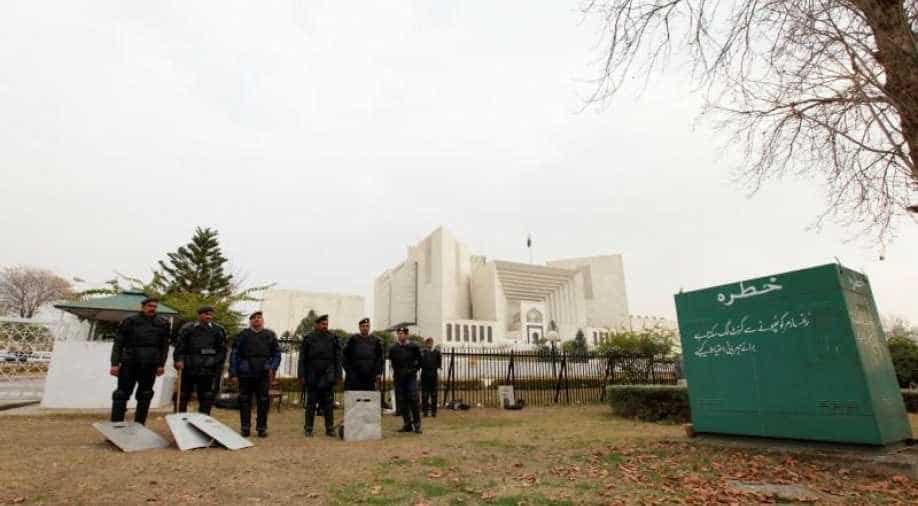 A three-member bench headed by Justice Gulzar Ahmed heard the implementation of court's decision given in 2012 in the Asghar Khan Case, which was initially launched in mid-1990s.

Pakistan's top court on Monday set a one-month deadline for the completion of any inquiry against Pakistan Army officers who allegedly distributed millions of rupees among politicians and public figures to manipulate the 1990 elections.

A three-member bench headed by Justice Gulzar Ahmed heard the implementation of court's decision given in 2012 in the Asghar Khan Case, which was initially launched in mid-1990s.

During the hearing, Justice Ahmed asked why court-martial proceedings were not initiated against the army officers.

Attorney General Mansoor Ali Khan responded that no actionable evidence was found against anyone.

The judge reprimanded the defence ministry for its failure to take action and ordered it to investigate the army officers in four weeks and file a reply.

The order by the court came after the Federal Investigation Agency (FIA) submitted its report in the court on February 9 and also sought its help to further probe the matter.

In its report, the FIA highlighted several reasons due to which the investigation could not reach a logical conclusion.

It said that "no army officer gave any statement of handing over money to any private person directly."

The court in its 2012 judgment said that former army chief Gen Aslam Baig and former ISI chief Lt-Gen Asad Durrani were also involved in the case.
Earlier, Durrani in one of his affidavits submitted in the apex court accepted that money was given to a group of politician to influence elections in 1990.

Pakistan's powerful military has ruled the country through various coups for nearly half of the country's history since independence in 1947. The military plays an important role in the country's decision making.