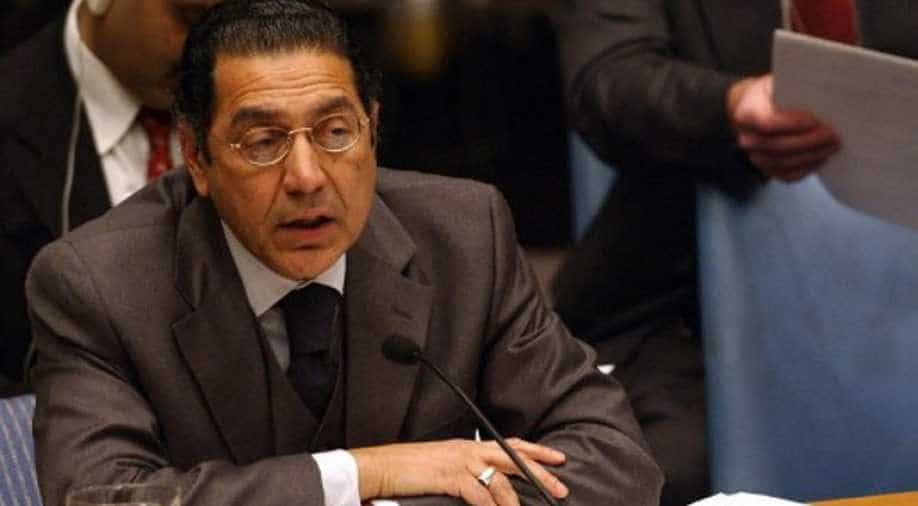 Munir Akram 'has been appointed as Permanent Representative of Pakistan to the United Nations in New York, in place of Dr. Maleeha Lodhi,' the country's ministry of foreign affairs said in a statement late Monday

A decision by Pakistan to appoint a former diplomat as its ambassador to the United Nations has sparked criticism over his alleged involvement in a domestic violence dispute in 2002.

Munir Akram "has been appointed as Permanent Representative of Pakistan to the United Nations in New York, in place of Dr. Maleeha Lodhi," the country's ministry of foreign affairs said in a statement late Monday.

But in January 2003 the United States asked Pakistan to waive Akram's diplomatic immunity so that he could be prosecuted on assault charges.

According to press reports, New York police were called to Akram's home on December 10, 2002 by a woman who alleged the envoy had beaten her.

The woman told police dispatchers that the envoy had smashed her head into a wall, that her arm hurt and that he had hit her before, according to the newspaper accounts.

The case could have had potentially embarrassing diplomatic ramifications.

At the time, Pakistan was a key US ally in the war on terror, and had just taken up a seat on the UN Security Council, which was then considering whether to authorise military action against Iraq.

Even so his return to the post ignited a swift backlash Tuesday, many from women angered over the decision.

"In the age of #MeToo, the appointment... sends absolutely the wrong message to Pakistan men AND women; being a domestic violence perpetrator will earn you not just protection from the government but also not harm your career," wrote feminist author Bina Shah in a statement posted on Twitter.

Others decried Akram's age -- he is in his 70s -- and his hawkishness over Pakistan's arch-rival India, with Pakistani media suggesting that his appointment hints at a new, more aggressive policy by Islamabad over the disputed region of Kashmir.

However many also praised him as a seasoned diplomat who would take up the role just as Pakistan is trying to rally the international community to challenge India over Kashmir.

The widely-respected Lodhi, who had served in the post for four years, said on Twitter that she had planned to move on after last week's UN General Assembly, and wished Akram luck in the role.