Opinion: How Hmong Christians navigate the border tensions between China and Vietnam 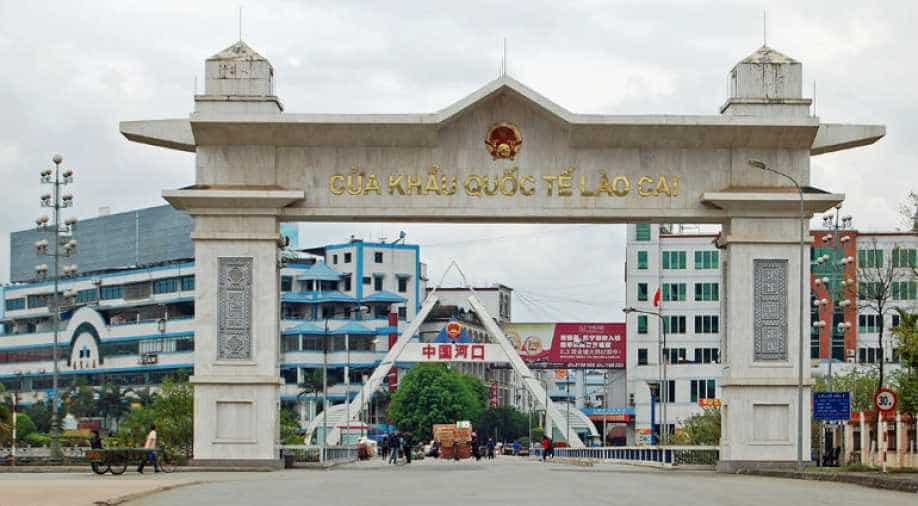 Plans to open joint border checkpoints between China and Vietnam in May 2018 belie unresolved tensions in relations between the two countries. Despite scrapping a marine oil-drilling project in a disputed area following Chinese "threats", Hanoi maintains its claim to what it calls the "East Sea" - or what the Chinese call the South China Sea. The dispute has led to anti-Chinese sentiment in major Vietnamese cities.

Far away from urban areas, Vietnamese citizens living in the northern borderlands are intimately connected to China. Almost the entire length of the 1,280km-long Sino-Vietnamese border is at least 500 metres above sea level, with some areas reaching 2000 metres high. These highlands are home to a number of minority groups with their own unique histories and cultures who are neither ethnic Han (Chinese) nor Kinh (Vietnamese), but live on both sides of the border.

A significant group who live in these border regions are the Hmong. There are two million Hmong in China, a million in Vietnam and up to a million more spread across Laos, Thailand and in diaspora communities in the US. Today, their shared transnational identity is based on speaking mutually intelligible dialects of the Hmong language, as well as sharing the same clan surnames.

Traditionally, the Hmong have practised shifting cultivation - also known as "slash and burn" - and were highly mobile. In the 1960s, Hmong from China migrated to Vietnam during the extreme hardships of the cultural revolution. But since the 1990s, when living conditions in China began to improve, more Hmong have been moving back.

In 1979, 80,000 Chinese troops crossed the border intending to "teach Vietnam a lesson" for invading Cambodia and toppling the Chinese-backed Khmer Rouge. The war lasted just six weeks but both sides suffered high casualties as combat raged through the highlands.

Most Hmong fled from the fighting up into the forests and mountains, but soon afterwards communities were forcibly relocated away from borderland regions, in the unabashedly-named "Move (the Hmong) down the Mountains" programme. In some areas, only those with a Chinese-sounding surname were forced to migrate downhill, while those with Vietnamese surnames were allowed to stay.

These policies were rooted in government mistrust of Hmong transnational networks and migration, compounding a fear that their loyalties may not be with the Vietnamese state. Unfortunately, many Hmong families who were settled in lowland areas after 1979 with little fertile land or forest suffered from malnutrition and new diseases which they had not developed resistance to.

Since the late 1980s, hundreds of thousands of Hmong in Vietnam have been converting to Protestant Christianity - a complex and remarkable phenomenon which is having a profound impact on Hmong society and ethnic politics. Researchers estimate that around a third of Hmong in Vietnam are now Christians, although this trend is not as prominent among Hmong in China or elsewhere.

Vietnamese authorities have always been extremely suspicious of Christianity, branding it a Western religion associated with their former colonial (French) and imperialist (American) invaders. Government papers and news reports routinely accuse hostile "external forces" of inciting "elements of defection" through Hmong conversion to "create internal instability" among the highlands. As such, local officials have been guilty of brutal religious persecution ranging from beatings and imprisonment to confiscation of property and land, in the name of "encouraging" Hmong believers to give up their new faith.

Nevertheless, Hmong Christians have been growing in numbers and strength. In the 1990s, church leaders crossed the border into China in order to attend Bible schools, since they were not allowed to study theology in Vietnam at the time. Later on, Hmong missionaries from the American diaspora would enter Vietnam via the Chinese border, illegally smuggling in Hmong-language Bibles and preaching at church groups.

While I was conducting fieldwork in Vietnam's northern highlands in mid-2014, the latest round of South China Sea conflict erupted as a Chinese oil rig was moved into contested waters. There were ominous reports about an "endless stream" of Chinese troops massing near Vietnam’s borders, as border crossings closed.

In a district of Lao Cai province, Hmong church leaders were summoned to local government headquarters, perhaps expecting a stern warning against proselytising or even detainment. Surprisingly, however, local officials asked pastors to support the national cause by relaying information to their congregations about evacuation procedures (should China invade) and dissuading anyone from crossing the border. Apparently, they were even encouraged by the socialist authorities to pray for the welfare of Vietnam.

The church groups agreed to cooperate and prayed continuously for peace over three days. When China later withdrew the oil rig and tensions deescalated in July, some Christians attributed it to divine intervention, claiming that God had sent Typhoon Rammasun to force China to back down and move out of the disputed territory.

One unexpected consequence of the 2014 dispute was to bring some Hmong churches and Vietnamese local authorities into closer cooperation, although religious discrimination still persists in other border provinces.

In the past five years, more and more Vietnamese Hmong have been seasonally migrating to China for higher-paid work, but often end up exploited or trafficked into forced marriage. They may continue to be viewed with suspicion by the Vietnamese government for their cross-border networks and apparent lack of patriotism, but most Hmong I interviewed have no preference for Chinese subjugation either.

*(Sam Rumsby is a PhD candidate in politics and international studies, University of Warwick )