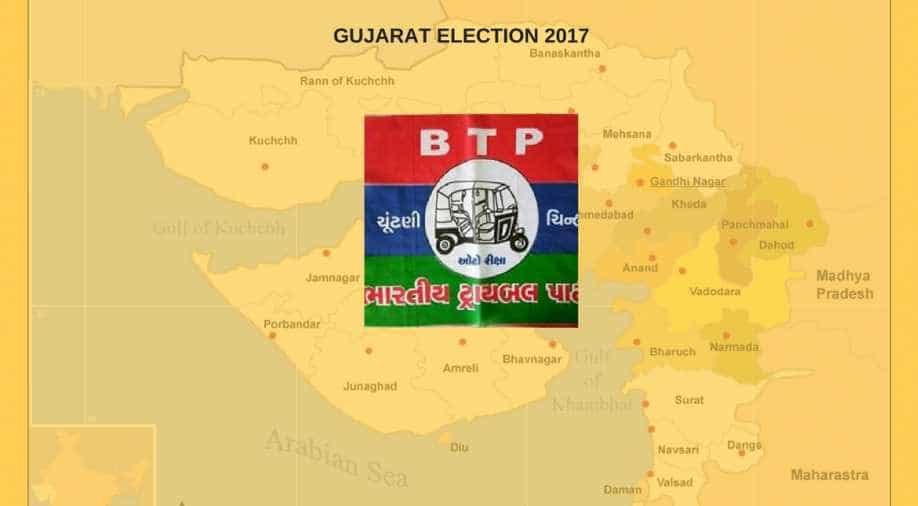 Chotu Bhai Vasava has been in the Gujarat Assembly for a record six times in a row. About to be elected for the seventh time, the sitting MLA from the Jhagadia constituency in Bharuch District of Gujarat is no ordinary person. Running his entire campaign from his village house where even cell phones don’t work, Vasava never feels tired talking on his landline.

As a tribal leader of the state, Vasava is a strong advocate of Bhilistan, a state comprising of tribal areas of Gujarat, Madhya Pradesh, Rajasthan and Maharashtra. No matter which party he represents, Chotu Bhai Vasava is a winner because of sheer support of tribal votes which have the capacity to influence the results in 27 of the 182 Seat assembly.

Tribals have an important say in Assembly elections as they have a strong 15 per cent vote share in the state. Traditionally, the tribals have been a loyal voter of the BJP. However, in the last assembly elections, Congress took a significant share and claimed 16 of the 27 seats in the tribal belt. The most important reason for this win was the tie-up with Chotu Bhai Vasava who was contesting on a JD (U) ticket. Similar to the last Assembly election, the Congress left 5 of these 27 seats at the discretion of Chotu Bhai Vasava so that they get the support of tribals in all 27 seats.

During the current split in the JD (U), Chotu Bhai Vasava chose to be with Mr Sharad Yadav instead of Nitish Kumar and, hence, was disqualified to contest on the JD (U) ticket. Vasava is not a man to take this lying down, he, therefore, floated his own party, the “Bhartiya Tribal Party”.

For BJP,  the votes of the tribal community were important and, hence, much before the party started its election campaign, the RSS started campaigning in various tribal areas to create Hindutva awareness. Even the RSS Chief Mohan Bhagwat conducted a programme in heart of the tribal belt. The number of Hanuman temples in the tribal belt have swelled up many times in last few years, reflecting RSS inroads in this belt.

As far as the BJP is concerned, the Chief Minister Mr Vijay Rupani also flagged off an Adivasi Vikas Gaurav Yatra in February 2017 to influence the tribals so that the loss of 2012 can be recovered. BJP knew that the Patidar votes are going away and, hence, regaining the tribal vote bank is of utmost importance.

Meanwhile, in his home in Jhagadia, a man is sitting unnerved. He is confident of his win despite being the candidate with the highest number of criminal cases against him. His slogan is simple: