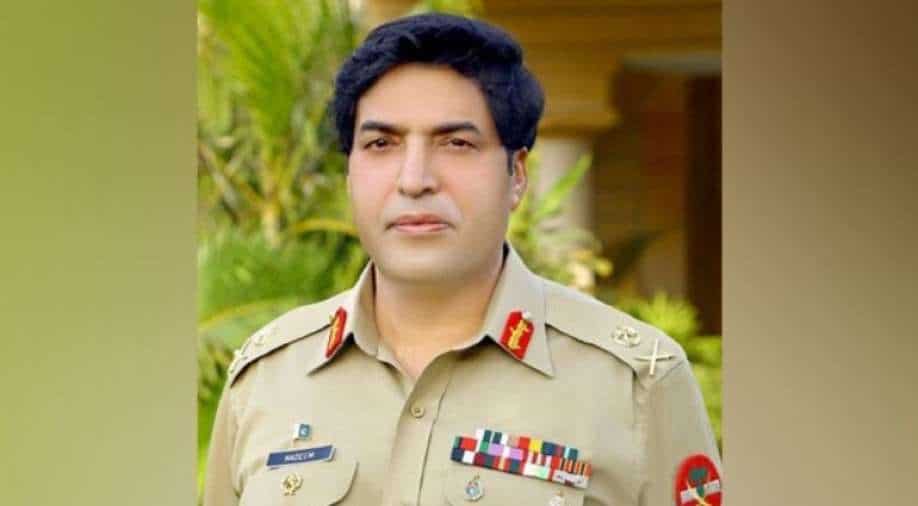 Lieutenant General Nadeem Ahmad Anjum is a three-star general in the Pakistan Army and serving as the Director General of Inter-Services Intelligence (DG ISI) since November 20, 2021 Photograph:( ANI )

A Pakistan federal minister told The News International that this was done due to a standing instruction for all concerned from the incumbent DG ISI not to release any of his pictures or video footage of any official meeting that he attends.

Lieutenant General Nadeem Anjum, the director-general of Pakistan's intelligence agency, Inter-Services Intelligence (ISI), has ordered authorities not to divulge images and video recordings of him during official meetings to the media.

Lt. Anjum was named Director-General of ISI in October, following a political squabble between the country's civilian and military leadership.

The DG ISI was also present at the high-level conference. The Pakistani government, on the other hand, has refused to provide any of his photographs or video footage.

According to a Pakistani federal minister, this was done as a result of the incumbent DG ISI's standing order to those concerned not to share any of his photographs or video footage from any formal meeting he attends.

For the same reason, none of his photographs or video recordings have been disclosed to the media since his appointment as the DG ISI, according to the minister.

According to a retired Pakistani official, the main concept of intelligence services is to stay out of the public view. Lt-Gen (retd) Amjad Shoaib of Pakistan said there had been previous violations of the principle, with governments revealing pictures and video recordings of intelligence heads to the media.

On Monday, Pakistan's National Security Council (NSC) approved the country's first-ever National Security Policy, which covers all areas of domestic and external security, including the situation in Afghanistan and its impact on the region.

During the 36th NSC meeting, Pakistan's National Security Adviser (NSA) Moeed Yusuf stated that the country was moving toward a comprehensive national security framework, with the ultimate goal of national security being to secure the safety and security of residents, according to Dawn newspaper.