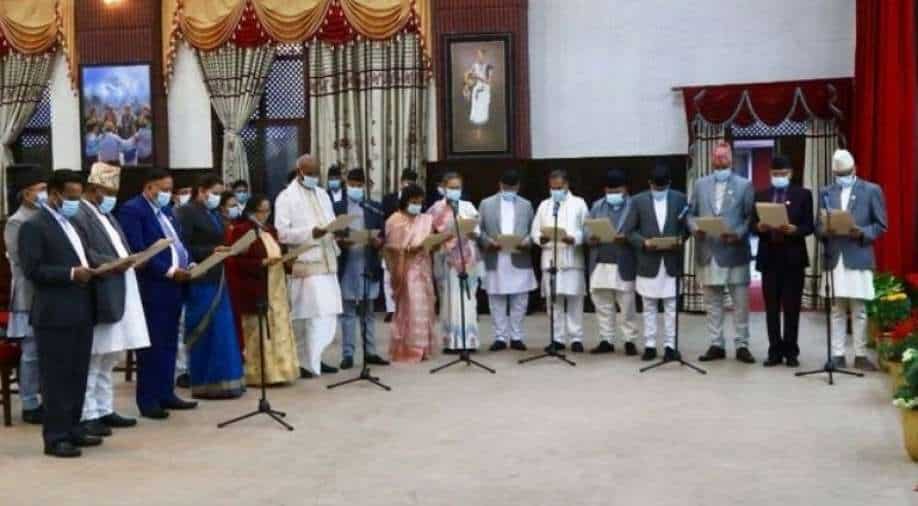 Out of the 25 cabinet portfolios, the Nepali Congress-led by Deuba is holding nine seats, including the Prime Minister’s seat and one state minister’s seat.

Out of the 25 cabinet portfolios, the Nepali Congress-led by Deuba is holding nine seats, including the Prime Minister’s seat and one state minister’s seat.

Among the newly appointed ministers from the Nepali Congress are Gyanendra Bahadur Karki as Communication and Information Minister, Minendra Rijal as Defence Minister, Uma Kanta Chaudhary as Water Supply Minister and Gajendra Bahadur Hamal as Minister of Industry, Commerce and Supply.

Earlier in July, Deuba had also appointed Umesh Shrestha as state minister for Health and Population. Now, Shrestha has been shifted to the Office of the Prime Minister and Council of Ministers as state minister without portfolio.

While, Bhawani Prasad Khapung was appointed as State Health Minister, Rajendra Shrestha, Renu Yadav, Ram Sahay Prasad Yadav, and Mahendra Raya Yadav have been given the ministries of Federal Affairs and Local Development; Physical Infrastructure and Transport; Forest and Environment; and Agriculture and Livestock Development from the Janata Samajwadi Party (JSP).

The deal on the cabinet expansion was reached on Tuesday after Deuba held a meeting with other coalition leaders—Prachanda, Madhav Kumar Nepal, and Upendra Yadav.

Deuba was under scrutiny for not being able to give full shape to the cabinet even after two months in office. There were only six ministers in Deuba’s cabinet.

As per constitutional provisions, the cabinet can not exceed 25 ministers.

Deuba was not able to expand the cabinet after coalition partners, the Janata Samajwadi Party, demanded the scrapping of the Political Party Act (Second Amendment) Ordinance first.