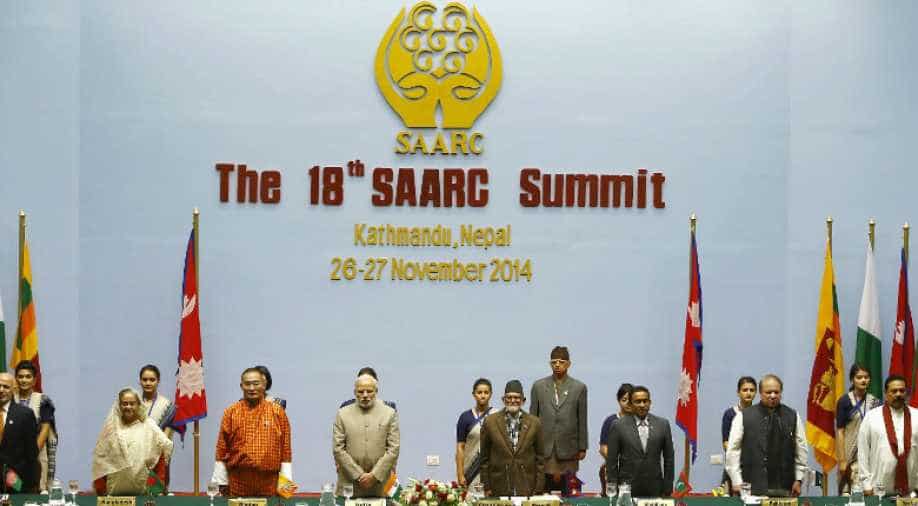 The 18th SAARC summit was held in Kathmandu in 2014 and Pakistan was to host the next summit in 2016.

Nepal is planning to hold an informal meeting of foreign ministers from SAARC on the sidelines of the 74th UN General Assembly (UNGA) session in September this year, the country's foreign minister Pradeep Gyawali said on Monday.

He made the comments while responding to queries about Nepal's role in creating an environment for the commencement of the regional summit.

"A SAARC Foreign Ministers informal meeting has been planned on the sidelines of the 74th United Nations General Assembly session where we will be discussing its revival. We want SAARC to be active again," Gyawali, who is the group's co-chair, told reporters here.

The 18th SAARC summit was held in Kathmandu in 2014 and Pakistan was to host the next summit in 2016.

However, the summit was cancelled after India boycotted the meeting, in the wake of the terror attack at a military base in Uri in Jammu and Kashmir, which killed 19 soldiers.

Other countries, including Bangladesh, Bhutan and Afghanistan, also walked out following India's decision to exit the summit to step up diplomatic pressure on Pakistan.

India, the largest member of SAARC forum, has said it will participate in future summits if Pakistan took steps to tackle terrorism.