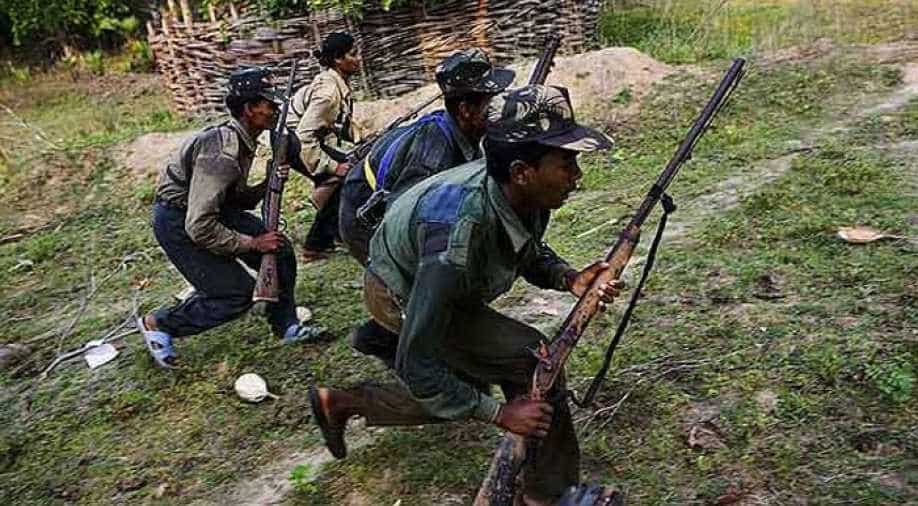 Naxalism ?began? when police shot dead eight tribal women and three tribal men in the West Bengal village of Naxalbari on May 25, 1967. It has now been 50 years since then and Naxalism continues to remain with us. (Representative image) Photograph:( Zee News Network )

Fighting Naxalism then, rather than the underlying injustice, is like fighting the symptoms of the disease rather than the disease itself ||The general consensus, broadly speaking, was that movements like this one ? that would include Kashmir and the Northeast - have to be handled 'sensitively' ||

The village of Rampur Bangar in Uttar Pradesh is not far. It is only about 70 kilometres from Delhi, but it is a world far, far away.

It lies to the left of the Yamuna expressway, close to Greater Noida.

To the right of the expressway lie the Buddh International Circuit, where the Formula 1 Indian Grand Prix was held till some time ago, and new upscale housing colonies built by the government of Uttar Pradesh and private developers.

The land on which the race track and housing colonies were built used to be farmland. It was acquired from villagers.

Rampur Bangar and the other villages near it have also had their land acquired.

Rampur Bangar has had all its land taken away, half by the government, the other half by a large infrastructure company.

The village is three kilometres to the west of Bhatta Parsaul, where two villagers and two policemen were killed in 2011.

The villagers had been protesting against the (forced) acquisition of their land.

You might remember it as the time Rahul Gandhi wended his way to Bhatta Parsaul on the back of a motorcycle.

I followed a few days later, going to Rampur Bangar to ask its residents how they were going to cope with what was happening to them.

The people of Rampur Bangar said they had been given a lifeline. That the large infrastructure company had told them it would give jobs to one member of every family that had lost all its land.

But when I was leaving at the end of the day, they told me that their “agreement” with the company had been "oral".

You might wonder why I am writing about the villagers of Rampur Bangar in a piece about Naxalism, but there is a link.

At a "brainstorming session" at the Observer Research Foundation on "50 years of Naxalbari" on Friday, a panel of people who are supposed to know about these things discussed why the spectre of Naxalism continues to remain with us.

It was Sundar’s petition that led to the Supreme Court banning Chhattisgarh’s Salwa Judum. The Judum, which roughly translates into "Purification Hunt" in the Gondi language, was a civilian militia allegedly armed and encouraged by the Chhattisgarh government which wanted it to take on the Maoists.

On the "other side" – by which I mean they are or have been part of the administration – were K Vijay Kumar, senior security adviser to the ministry of home affairs, and a former director general of the CRPF.

In today’s terminology I imagine Kumar would be called a "super cop". He was chief of the special task force that finally caught up with the sandalwood smuggler Veerappan.

And there was K Durga Prasad, also a former director general of the CRPF.

The general consensus, broadly speaking, was that movements like this one – that would include Kashmir and the Northeast - have to be handled "sensitively".

And more specifically – this came from Simeon – that “it is not poverty or a lack of development that leads to Naxalism but injustice".

Simeon joined the Naxal movement in the late 1960s and remained with it for two years, so it would be worth our while to listen to him.

The Naxal movement "began" when police shot dead eight tribal women and three tribal men in the village of Naxalbari on May 25, 1967. That had been preceded by the killing of the sub-inspector of police Sonam Wangdi by villagers and one of the original leaders, Jangal Santhal, of what came to be known as the Naxalite movement.

The villagers had been asking for a larger share of the crop they had harvested from the fields of landowners.

The villagers had in effect been asking for "justice".

Simeon also said that it was important for all sides – that would include the State – to abjure violence. That you cannot denounce one form of violence, say that by the Naxals, while lauding another, say that by the gau rakshaks.

The Naxals, he said, also see themselves as patriots. They believe they are fighting the political class from selling out to the corporates, and the oppression of the weak – say the adivasis in places like Chhattisgarh – by the upper classes.

What would you do, he asked, if the Naxals began to do what they do while chanting "Bharat Mata ki jai"? Would that make it alright?

Sundar had an intriguing point to make too. It was the Naxals who had wanted to overthrow the State. That they thought the only way they could do that was violently, by using the power of the gun. That she said is not going to happen any time soon. (She is right, the Maoists just don’t have the firepower that would be needed to do so.) But, said Sundar, the gau rakshaks are doing exactly that. Violently overthrowing the government from the inside – when they take the law into their hands, they undermine the writ of the State.

The statistics back up Simeon, and the others who have made the same argument.

Take for example the fact that 60 million Indians have been displaced, by big projects like dams and mining, or what we would call "development", between 1947 and 2000.

Of those, 40 per cent were adivasis.

According to the census of 2001, the adivasis make up 8.2 per cent of the population of the country.

You’re beginning to understand why I started with Rampur Bangar.

What in the world are those people supposed to do now that their land, and therefore their livelihood, has been taken away from them?

Every city dweller I have told their story to understands, intrinsically, that the “oral promise” made to them will never be kept.

I'd wanted to start with Rampur Bangar because it's closer to home, only a few kilometres from Delhi.

I could just as easily tell you the story of Punem Bhima and Midium Lacchu, two tribal men from Bastar who spent six-and-a-half years in jail – they were accused of being Naxals – before it was discovered that the government had forgotten to accuse them of a crime!

Punem Bhima (left) and Midium Lacchu at Dantewada court in Bastar, Chhattisgarh. They spent six-and-a-half years in jail before the government discovered it had forgotten to accuse them of a crime. (WION)

That's what the judge and the lawyers read.

It was only when a legal aid group took the time to read through the chargesheet that the blunder was discovered.

I remember asking Midium at the district court in Dantewada whether he thought his government owed him and Punem compensation for its mistake.

I got no answer. He didn't understand the question.

But what really blew my mind was when I asked them how they had got to court, and how they would get back home.

They had left home at half-past-four in the morning, they said, and walked two hours to catch a bus to Dantewada. The bus ride took them five hours.

After finishing with the business of the court – they still hadn’t been acquitted – there would be no bus back in the evening, so they said they would sleep at the bus stop that night.

I wrote at the time: "My head starts to spin. I have never felt more like I am from a world far, far away than I do at that moment.”

And: "Is this really what people have to put up with just to get to a judge?"

So long as there is injustice, there will be Naxalism. Perhaps not of the violent kind but as Simeon said – "a Naxal is someone who protests". In that sense, I suppose every second one of us is a Naxal. Or at least I would like to delude myself into believing that when I see what I think is injustice, I too will protest.

Fighting the Naxals is a bit like like fighting the symptoms of a disease rather than the disease itself. And that too is a tough job. Or as K Vijay Kumar put it: "It’s like trying to deal with a child with a knife. Deal with him badly, and you’re a brute. Get hurt, and you’re dumb."

In 2013, after the Jat-Muslim riots in Muzaffarnagar, I remember visiting Muslim refugee camps that the government said did not exist on paper. The government said they had rehabilitated the refugees and sent them home.

But the camps were there on the ground.

But the government said that if the camps did not exist on paper, on official documents, then how could they offer the refugees living there relief?

Later, back in Delhi, I read news reports that the government had finally allegedly bulldozed the camps.

India is very often an unjust place. And it’s not just the government which is to blame. We do it too, when for example we pay the people who work in our homes salaries that are impossible to live on and then expect them to live in inhuman conditions.

As long as we are okay with that, there will be Naxals. By which I mean “protesters”.