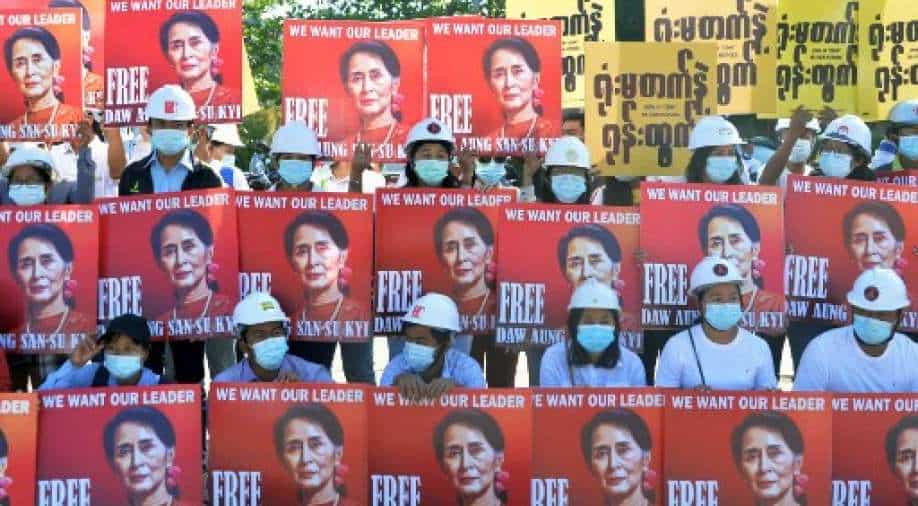 Myanmar's ousted leader Aung San Suu Kyi appeared in the court through video conferencing on Monday, for the second time since she was detained following a military coup.

Monday's hearing did not go much as expected as two additional charges were added to the list of those that have already been filed against her after the military coup, which took place nearly a month ago. One of the additional charge is, reportedly, from the country's colonial-era penal code which prohibits her from publishing any information that may "cause fear or alarm", lawyer Min Min Soe told Reuters.

Suu Kyi is facing obscure criminal charges for possessing unlicensed walkie-talkies as well as violating coronavirus restrictions by staging a campaign event during last year's election. She is majorly being charged for violation of communications laws as well as inciting public unrest.

Her lawyer said the 75-year-old leader has been unable to speak with her legal team ahead of the hearing.

The next hearing for Suu Kyi is scheduled for March 15, as of now.

Her appearance in court has come after the ousted leader's supporters witnessed one of the bloodiest day till date as at least 18 people were killed in clashes between security forces and protesters.

Meanwhile, US Secretary of State Antony Blinken also condemned the "abhorrent violence" by security forces. Canada joined the protest as the country's foreign minister, Marc Garneau, called the military's use of lethal force against its own people "appalling".