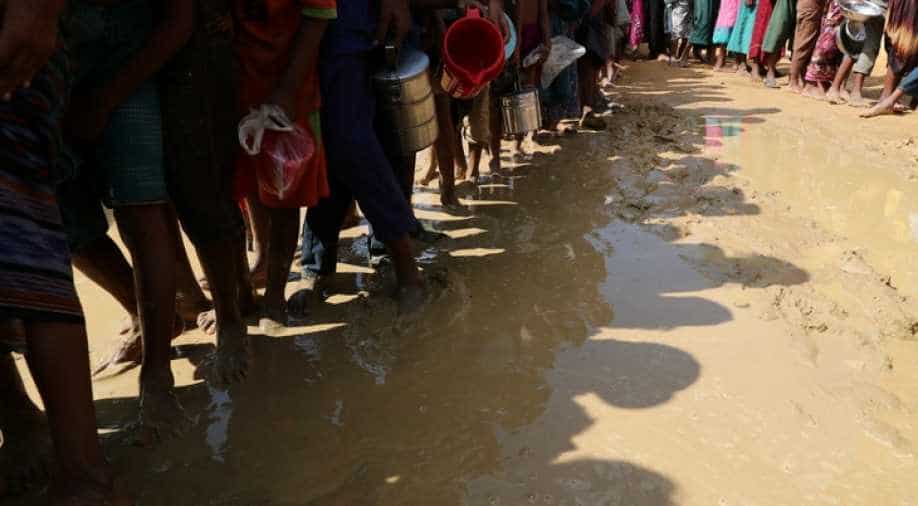 Myanmar warned on Wednesday that a scolding delivered by the U.N. Security Council could "seriously harm" its talks with Bangladesh over returning home more than 600,000 people who fled to escape a Myanmar military crackdown.

In a statement on Monday, the Security Council had urged Myanmar to "ensure no further excessive use of military force" and expressed "grave concern over reports of human rights violations and abuses in Rakhine State".

Responding, Myanmar's de facto leader Aung Sang Suu Kyi, whose less than two-year-old civilian administration shares power with the military, said the issues facing Myanmar and Bangladesh could only be resolved bilaterally, a point she says was ignored in the Security Council statement.

"Furthermore, the (Security Council) Presidential Statement could potentially and seriously harm the bilateral negotiations between the two countries which have been proceeding smoothly and expeditiously," Suu Kyi's office said in a statement.

In contrast, Bangladesh issued a statement saying Foreign Minister Abul Hassan Mahmood Ali "appreciated the recent statement of the UN Security Council" during a meeting with a new resident coordinator of the United Nations in Bangladesh.

The Myanmar statement said Ali had been invited to Myanmar on Nov. 16 and Nov. 17, but Bangladeshi officials told Reuters that the earliest the talks were likely to take place was during the minister's visit for a regional meeting in the Myanmar capital of Naypyidaw on November 20 and November 21.

The two sides have to agree a process for repatriation of Rohingya, with Bangladesh reluctant to fall back on the drill used for the return of Rohingya refugees to Myanmar in the 1990s, as it wants a more lasting solution.

A senior Bangladesh foreign ministry official said the United Nations should be involved in the process this time.

"For years, we tried to resolve this issue bilaterally with Myanmar, but it was in vain," the official told Reuters. "This problem is not going to be resolved anytime soon. The UN’s involvement in the process is a must."

A sour note was struck over the talks last week, as Bangladesh officials voiced outrage over Suu Kyi's spokesman casting suspicion that Bangladesh might drag its feet over the repatriation process in order to first secure hundreds of millions of dollars in international aid money.

"I would request all of you to discuss Rohingya issue with utmost priority and exert pressure on the Myanmar government to stop the persecution of its citizens and take them back at the earliest," she said.

US Secretary of State Rex Tillerson is due to visit Myanmar on November 15, with moves afoot in Washington to table a bill calling for sanctions on Myanmar that specifically target the military and related business interests.

In a nod to China, the Myanmar statement said it appreciated the stand taken by some members of the Security Council who upheld the principle of non-interference in the internal affairs of sovereign countries.

To appease council veto powers Russia and China, Britain and France dropped a push for the Security Council to adopt a resolution on the situation and the 15-member body instead unanimously agreed on a formal statement.

The United Nations has denounced the violence during the past 10 weeks as a classic example of ethnic cleansing to drive the Rohingya Muslims out of Buddhist majority Myanmar.

Rejecting that accusation, the military says its counter-insurgency clearance operation was provoked by Rohingya militants' synchronised attacks on 30 security posts in the northern part of Rakhine State on Aug. 25.

Rohingya refugees say the military torched their villages, but the military say the arsonists were Rohingya militants. The refugees' have given harrowing accounts of rape and murder. Myanmar says those accusations will have to be investigated.

Meantime, the exodus from Rakhine continues. Several thousand Rohingya reached Bangladesh last week, many wading through shallows on the Naf river on the boundary between the two countries, and some making a short, but perilous sea crossing in small boats.

On Wednesday, 52 Rohingya came ashore in Bangladesh on a raft lashed together from bamboo and plastic jerrycans, having been unable to find a boat to take them, Shariful Islam, a Bangladesh border guard official, told Reuters.

On Tuesday, border guards told Reuters of at least two other boats with 68 Rohingya reaching Cox's Bazar, where they would join the multitude sheltering in refugee camps.

Suu Kyi, a Nobel Peace Prize winner who defied the junta that ruled Myanmar for decades, has been pilloried abroad for not speaking out more forcefully to rein in the military.

Last week she visited Rakhine for the first time since the crisis erupted, meeting community leaders and seeing the efforts to deliver aid and return the region to some semblance of normality.

She has spoken of plans for repatriation centres at which refugees will have to prove they once lived in Rakhine, before being allowed to return. But having been classed as stateless by former junta rulers, Rohingya could struggle to pass the test.