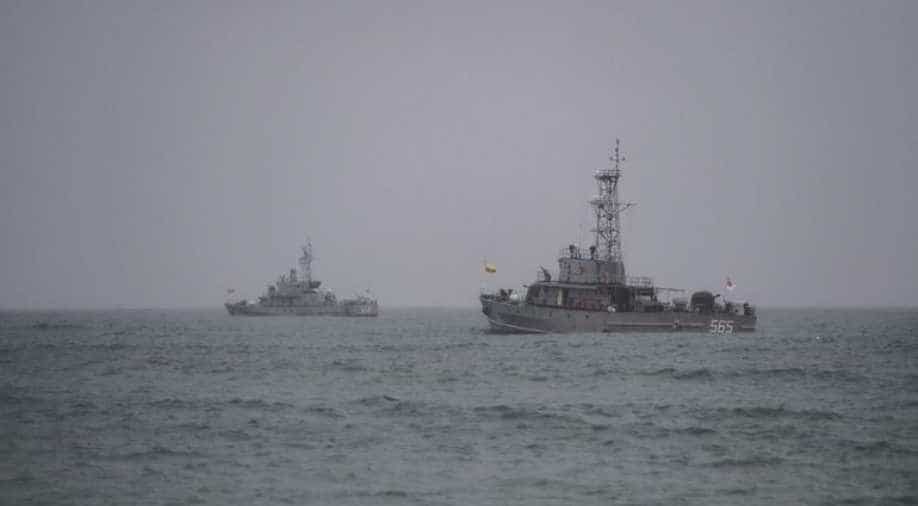 The inclusion in the drills does not violate US travel bans against Myanmar's commander-in-chief and three senior figures for overseeing a bloody campaign that drove 740,000 Rohingya Muslims into Bangladesh two years ago.

Myanmar's navy will join maritime drills with the US in Southeast Asia next week, a spokesman said Wednesday, in a rare show of military cooperation despite Washington slapping sanctions on top army brass over the Rohingya crisis.

The inclusion in the drills does not violate US travel bans against Myanmar's commander-in-chief and three senior figures for overseeing a bloody campaign that drove 740,000 Rohingya Muslims into Bangladesh two years ago.

But there are growing calls to further isolate the military, expand sanctions and prosecute senior leadership for genocide against the stateless minority.

The drills come at a time of stepped-up US engagement in the region and tensions between China and several Southeast Asian nations over rival claims in the South China Sea.

"We were invited as part of ASEAN (the Association of Southeast Asian Nations) for the exercise," said Zaw Min Tun, a spokesman for the commander-in-chief's office in Myanmar.

He said the exercise, starting in the Gulf of Thailand on September 2, focus on crime, piracy and security, and the travel bans were separate issues.

"The sanctions imposed were personal and this exercise is coordination between ASEAN and the US," he said.

The US State Department said in a media advisory that the drills with the 10 nations of the regional bloc provide an opportunity "to work with all members of ASEAN on shared maritime security priorities in the region."

A UN fact-finding mission wants Myanmar's commander-in-chief Min Aung Hlaing to face charges of genocide after documenting arson, extra-judicial killings and rape during the military's August 2107 campaign against the Rohingya.

Myanmar has rebuffed the allegations, saying it was defending itself from Rohingya insurgent attacks.

Allegations of abuses on the ground in Rakhine state have been largely directed against army units, but rights groups say naval vessels were also implicated.

"The US should be working with members of the international community to push for accountability in Myanmar, not joining its military in exercises,” said John Quinley with the NGO Fortify Rights.

"Just weeks after the USA designates the head of the military as responsible for gross human rights violations, they are working together with that same military."