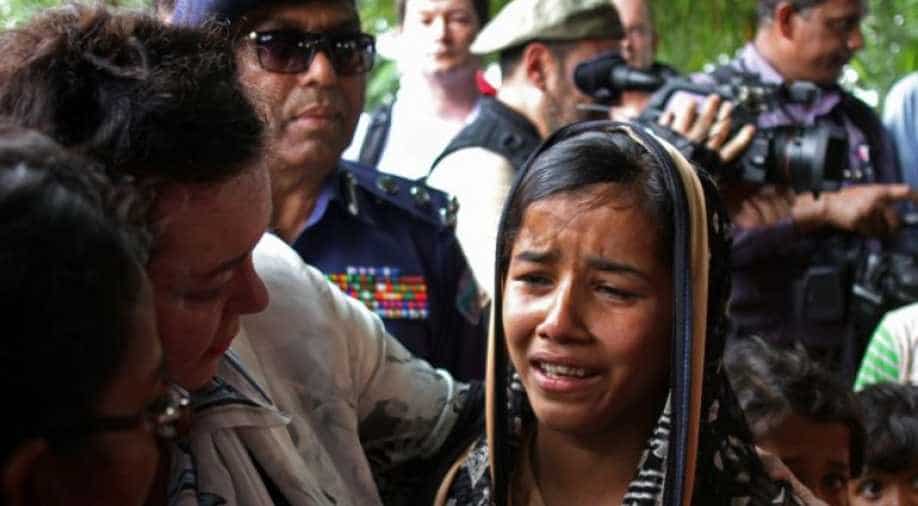 Myanmar's military has assured the United Nations of "harsh" action against perpetrators of sexual violence, state media reported on Tuesday, as UN&nbspenvoys travelled to Rakhine State where the military conducted a widely criticised crackdown.

Nearly 700,000 Rohingya Muslims fled from Rakhine State to Bangladesh to flee a military crackdown launched in August that the United Nations and others denounced as "a textbook example of ethnic cleansing".

Many of the refugees arriving in Bangladesh recounted incidents of killings and rape but Myanmar largely rejected those reports as well as the accusation of ethnic cleansing.

It said its forces were engaged in a legitimate security campaign in response to a string of Rohingya insurgents attacks on the security forces.

The Security Council envoys arrived in Myanmar on Monday after visiting refugee camps on the Bangladesh side of the border, and government leaders in Dhaka.

The military was "taking harsh and stronger actions against such offenders", he said.

Nobel Peace Prize laureate Suu Kyi, in her meeting with the envoys, pledged to investigate any credible accusations of abuse, said diplomats who attended.

During the nearly hour-long meeting, Suu Kyi, noted Myanmar's difficulties in transitioning to rule of law after decades of military dictatorship, said the diplomats, speaking on condition of anonymity.

Suu Kyi's civilian government has no control over the military.

Tuesday is the final day of a four-day visit to the region by the UN&nbspSecurity Council team.

Earlier on Monday, the council envoys met Bangladesh Prime Minister Sheikh Hasina, who asked them to press Myanmar to take back "their citizens".

Hasina said the refugees should return "under UN&nbspsupervision where security and safety should be ensured".

Suu Kyi's office also said in a statement that cooperation was needed from Bangladesh on the repatriation of refugees.