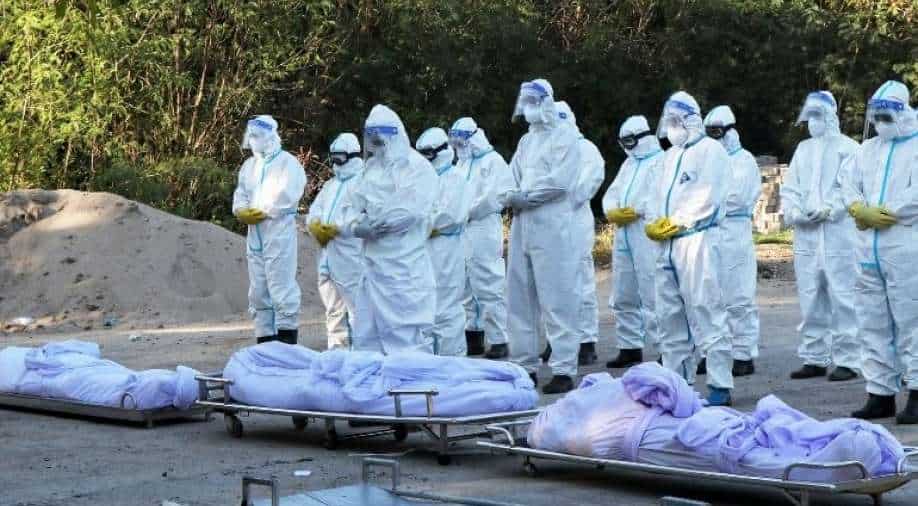 There were more than 6,000 new COVID-19 infections in Myanmar on Thursday. A day earlier, there were 286 deaths, both a record high for the country

Since the military overthrew the elected government led by Aung San Suu Kyi in February, the ensuing turmoil and protests have thrown Myanmar's COVID-19 response into chaos, as activists say scores of doctors have been arrested for their prominent role in a civil disobedience movement.

To help people who either refuse to go to a state hospital, because of opposition to the military, or find hospitals are too strapped to treat them, some doctors participating in the anti-junta campaign have offered free medical advice over the telephone, and visited the sick at home in some cases.

But according to doctors and media reports in the past few weeks nine volunteer doctors offering tele-medicine and other services have been detained by the military in Myanmar's two largest cities - Yangon and Mandalay.

The information team of the army-led State Administration Council issued a statement denying reports that five doctors had been arrested in Yangon, but omitted any reference to the alleged arrests in Mandalay, which included doctors active in the civil disobedience movement.

All telephone calls from Reuters to a spokesman for the junta were unanswered.

A doctor, who asked not to be named for fear of being targeted by the military authorities, said four of his colleagues from the "Medical Family - Mandalay group" had been arrested.

They included Kyaw Kyaw Thet, who had been tutoring medical students, and senior surgeon Thet Htay, who the doctor said witnesses had seen handcuffed and bruised before being led away on July 16.

Their group was set up to advise virus sufferers over the telephone how to breathe, how to use an oxygen concentrator, which medicines to buy and how to administer them.

"We have been giving medical treatment to hundreds of patients per day," the doctor said, adding that many more of those patients could have died if they had not been attended to.

Media reports from Yangon, which have been denied by the junta, said three doctors from a COVID-19 response group were arrested after being lured to a home by soldiers pretending to need treatment. The junta also denied Myanmar News portal reportthat security forces had arrested two doctors during a followup raid on their offices in the North Dagon district of Yangon.

The National Unity Government, set up as a shadow body by army opponents, and media reports had also accused security forces of taking oxygen cylinders, protective wear and medicine for their own use during those raids.

It was unclear why any of the doctors would have been detained, but the military has arrested medical staff previously for their conspicuous support for the civil disobedience movement.

An activist group, Assistance Association for Political Prisoners, has said hundreds of doctors who joined the anti-junta campaign have been charged with spreading false news and 73 have been arrested.

The consequent shortage of staff at hospitals and clinics has added to public mistrust of the junta.

A junta spokesman urged people last week to cooperate with the government in order to overcome the epidemic. And according to some doctors, the latest arrests could be an attempt to force people to rely more on the military authorities.

Denying the reported arrests in Yangon, the military administration referred to information about COVID-19 patients being secretly treated and charged high prices or being directed to online cures, adding that lives were being lost unnecessarily.

Yanghee Lee, a former UN Special Rapporteur on human rights in Myanmar now on an advisory council, has accused the junta of "weaponising COVID-19 for its own political gain."