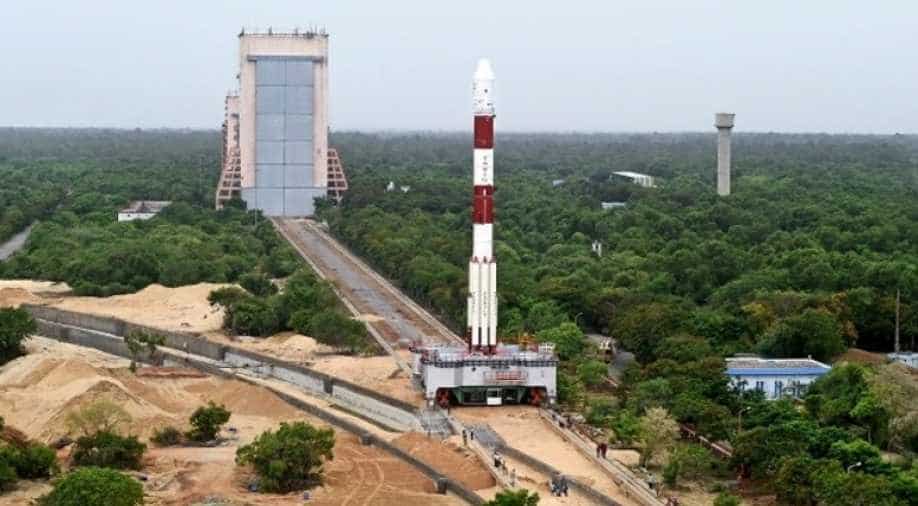 India's 'South Asia Satellite' will be launched on May 5 from Sriharikota on the coast of Bay of Bengal.(RepresentativePicture) Photograph:( DNA )

Prime Minister Narendra Modi had asked Indian Space Research Organization(ISRO) scientists to build a satellite almost three years ago that could be used for civilian purposes by all South Asian countries.

Addressing India's top scientists at  Satish Dhawan Space Centre in Sriharikota in June 2014, PM Modi had said he wanted the scientists to "develop a satellite which could be dedicated to our neighbourhood and help SAARC nations". He wanted the satellite to help in "access to education" among other challenges.

Indian scientists began working on PM's vision in earnest, even though Pakistan pulled out of the project. The satellite is due to be launched this week(May 5) from the island of Sriharikota on the coast of the Bay of Bengal.

The nearly 50-m-tall rocket weighs about 412 tonnes and will carry what is now dubbed as the 'South Asia Satellite' or what the Indian Space Research Organisation (ISRO) still prefers to call GSAT-9.

The satellite weighs 2230 kgs and is a " purely communications satellite costing Rs 235 crore". Nepal, Bhutan, Maldives, Bangladesh and Sri Lanka have agreed to be a part of the project.

Bangladesh is likely to have its first bird in the sky later this year made with help from Thales.

India will be aiming to build on Asian diplomacy with the launch of the 'South Asia Satellite' and will be hoping to rope in Pakistan to build new channels of communication to improve relations which has been under strain after several terrorist attacks which India blames on Pakistan including the volatile situation in the Kashmir valley which has angered Indian officials in New Delhi.