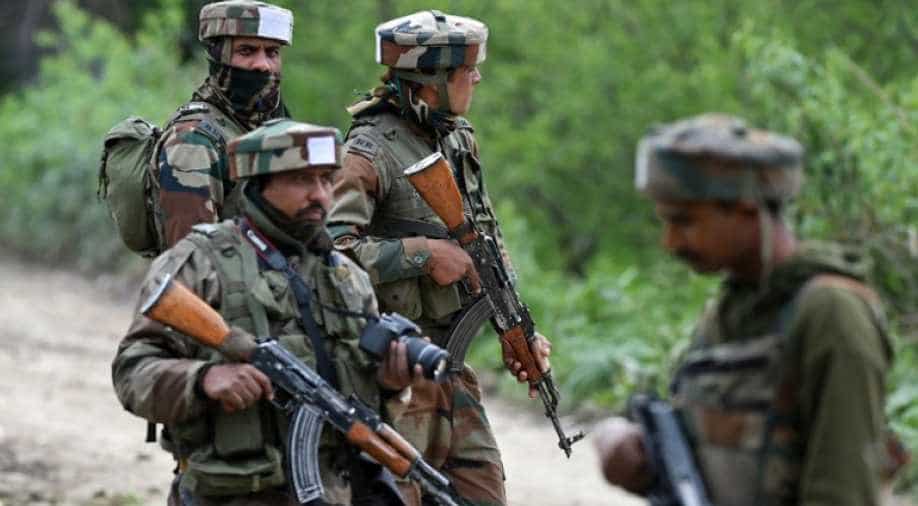 Two Armymen and a civilian were injured after militants attacked an Army patrol party in Jammu and Kashmir's Shopian district late this evening. The exchange of fire between the security forces and militants is still underway.

Earlier, almost two dozen villages in Shopian district of Jammu and Kashmir was cordoned off, as the Indian Army along with other security forces launched a massive anti-terror operation.

The search operations came in the wake of a surge in militancy-related incidents in the past few days.

The militants escaped with five service rifles including four INSAS rifles and an AK-47 rifle.

Earlier in the day, following the two bank robberies that took place in Pulwama on Wednesday, Pulwama Superintendant of Police Rayees Mohammed Bhat revealed that preliminary investigation has established the involvement of the terrorist organisation Lashkar-e-Taiba (LeT).

"Until now, we have identified one militant each from Padgampora and Khagpura, which proves Lashkar's involvement in the incident," he said.

"It is clear that militant organisations like these are short of cash. We have also seen that they now carry more advanced technological gadgets. We are continuing the investigation," he added.

Bank robberies and weapon snatching incidents have been on the rise in the Valley recently, triggering an alert.