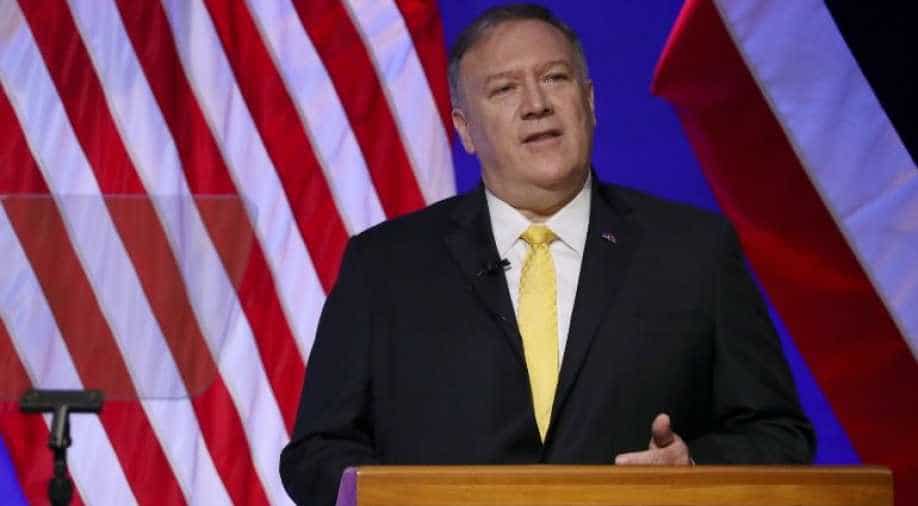 “The United States is disappointed in them and what their conduct means for Afghanistan and our shared interests,” Pompeo said in a sharply written statement.

The US has said it will cut its aid to Afghanistan by $1bn, after President Ashraf Ghani and his main political rival, Abdullah Abdullah failed to agree to form a unity government for talks with the Taliban.

A further $1bn could be cut in 2021, the US secretary of state, Mike Pompeo, said after a surprise visit to Kabul on Monday failed to persuade the two men to make a deal. Pompeo suggested the aid could be restored if they changed their minds.

“The United States is disappointed in them and what their conduct means for Afghanistan and our shared interests,” Pompeo said in a sharply written statement.

“Their failure has harmed US-Afghan relations and, sadly, dishonours those Afghan, Americans, and coalition partners who have sacrificed their lives and treasure in the struggle to build a new future for this country.

“Because this leadership failure poses a direct threat to US national interests, effective immediately the US government will initiate a review of the scope of our cooperation with Afghanistan,” Pompeo added.

“Among other steps, we are today announcing a responsible adjustment to our spending in Afghanistan and immediately reducing assistance by $1 billion this year. We are prepared to reduce by another $1 billion in 2021.”

The secretary of state warned that an array of other US projects, as well as US pledges at donor conferences, would come under review.