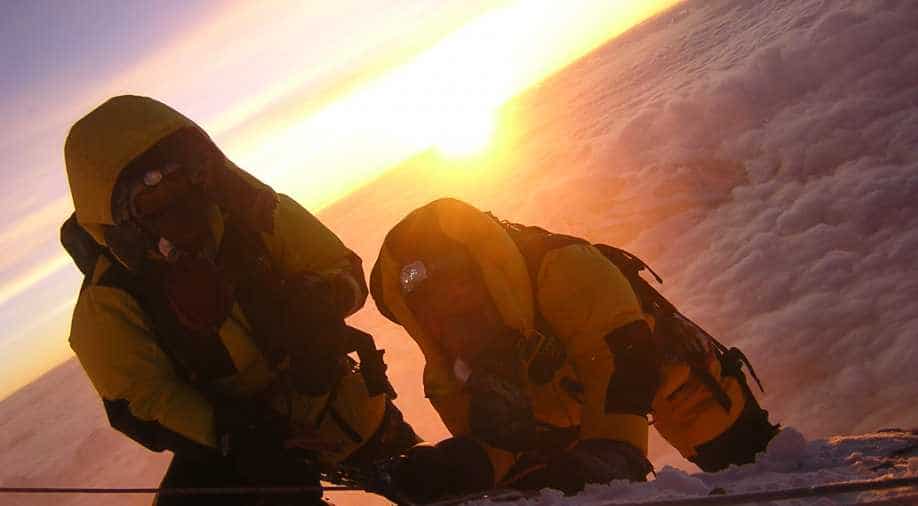 Mountaineering has become a tool of empowerment for Nepali women.

Shailee Basnet became a mountaineer because she was fascinated by the challenge, by the lofty heights. She had not been involved in any sport in her early years but made up for it rather well. "The most difficult moment in my climbing experience was when I was climbing Mount Aconcagua in Chile. Although it is a simple climb, I suffered frostbites and had to stop. I could not reach the top," she says with an air of regret. Mount Aconcagua is 6,961 metres high, the highest mountain outside Asia. It takes nearly 10 days and 3,000 metres of ascent to reach the summit, often in extremely cold weather. Yes, it is as simple as that.

The mountain people of Nepal are known worldwide for their excellent climbing skills. Every year, they set up walking trails and guide thousands of trekkers and mountaineers from all over the world across the Himalayas. When the hiking season starts, men leave their houses for months at a stretch to become porters and guides. For many families, this is their only source of income. Traditionally, women wait in the villages and take care of livestock, crops and families. But then, not all traditions last for ever.

Basnet is no stray exception. Other Nepalese women are following her footsteps on treacherous surfaces. She happens to be the coordinator of The Seven Summits Women Team, a group of seven women from different backgrounds. They met after an all-female ascent of Mount Everest in 2008 and decided to band together. Their aim was to train more women in the country to fight gender discrimination by engaging in outdoor activities. Mountaineering became a tool of empowerment.

In 2009, they started travelling to climb the seven highest mountains of the world, from the Andes to Antarctica. More than ice, cold or altitude, expenses were their biggest enemy. The Nepalese government, several mountaineering bodies and companies stepped in and the magnificent seven set out to conquer the heights.

And, they succeeded. Less than 350 people in the world have achieved the feat, only 51 out of them women.

With the motto ‘Together we reach higher’ firmly entrenched in their minds, they regularly visit schools to share their expertise. The team is actively working to get more women on the mountains. "We are training a team of women in their early twenties. They are all survivors from human trafficking. The aim is to provide them with good skills and enough qualifications to find employment," Basnet tells WION.

Basnet laughs off the commonly-held belief that women are weaker than men. "Let me tell you a story. One of us happened to be the lone woman in an expedition team. The men in the team said she ate more than a man and could carry more weight than one," says the climber. Incidentally, Nimdoma Sherpa, one of the members of The Seven Summits Women Team, climbed Mount Everest when she was 17 years old.

Basnet faced a lot of hurdles when she started out. People around her were apprehensive when she decided to become a professional mountaineer. Mountaineering in Nepal is roughly a century old. It began with westerners hiring local people for their expeditions. Back then, it was more common for men to get out of their houses and earn a living. "I think that the concern comes mainly because people are not used to seeing young women acting as mountaineering guides," she believes.

Himalayan women are just as hardy as their male counterparts. Equally used to high altitude, they are physically strong and used to hard labour. They carry loads up and down from the mountains all year long, firewood, hay for animals and basic supplies.

Pasang Lhamu Sherpa Akita is one such woman. She grew up in the Nepalese town of Lukla, the gateway to Mount Everest. In a conversation with National Geographic, the 31-year-old climber reminisces about her childhood when she would see groups of foreigners walking uphill and slowly disappearing towards the snow-capped peaks. Her parents died when she was 15 years old and she had a younger sister to feed. So, she decided to become a professional mountaineer. She trained successfully at the Khumbu Climbing Centre to become Nepal’s first woman mountaineering instructor.

"When I said I wanted to climb mountains, many people discouraged me, saying that it was the role of men to climb mountains to earn a living for the family," said Pasang to National Geographic. Akita proved them wrong.

In 2014, she succeeded in summiting the 8,611-metre-high K2 (Mount Godwin Austin), the second highest mountain in the world. K2 is considered one of the most difficult ascents. The weather is often so bad that it is impossible to see the top for the whole season. According to adventurestats.com, one climber out of four dies while trying to summit the peak. National Geographic honoured Pasang Lhamu Sherpa Akita with its 2016 People’s Choice Adventurer of the Year award.

Work has been pouring in for Nepalese women mountaineering guides, business is picking up. According to Basnet, "the number of women travellers is increasing. They usually feel more comfortable with women guides and so do families. We have also noticed that when it comes to group of young students, both their parents and their educational institutions feel more confident if there are women guiding them".

However, Nepal, as on date, has only one certified female instructor and only two more are training for their certification.

Convincing families and communities to allow women to train regularly and become professional mountaineers is still a challenge. Traditions take time to change. The way is still long and the climb is steep.