Insurgents in Myanmar kill 19 in attack near China border 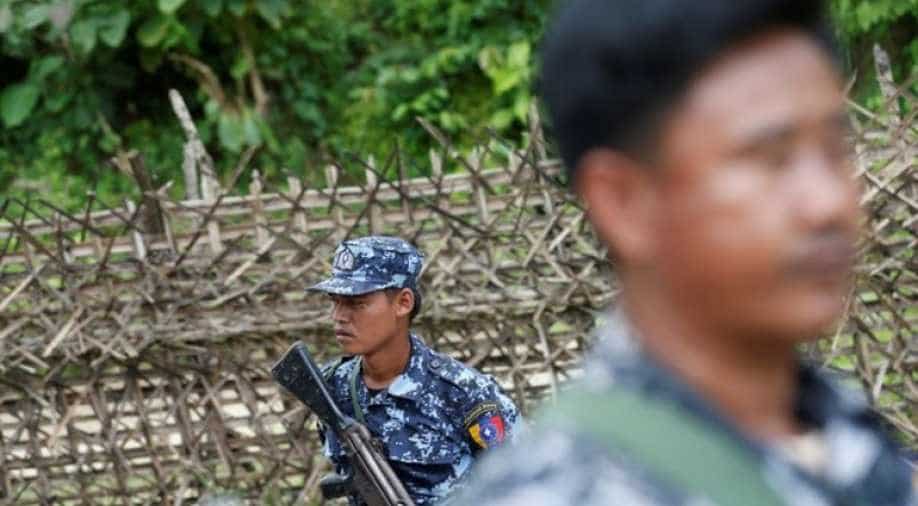 Myanmar says more than 500 people have been killed in the violence since late August, most of them insurgents. Photograph:(Reuters)
Follow Us

Ethnic insurgents in Myanmar killed 19 people, including four members of the security forces, in a major attack near the main border gate with China early on Saturday, a government spokesman said.

The conflict in the north of Myanmar has escalated over the past month and the latest attack marks a further setback for civilian leader Aung San Suu Kyi’s stated priority of achieving peace amid a stuttering transition from full military rule.

A spokesman for the Ta’ang National Liberation Army (TNLA), made up of fighters from the Ta’ang or Palaung ethnic group, said the group had attacked a casino run by militiamen and a Myanmar army post on the outskirts of border town Muse, several hundred meters from a river that divides Myanmar’s northern Shan state and China’s Yunnan province.

Myanmar’s military frequently clashes with several groups who say they are fighting for greater autonomy for ethnic minorities in the area, through which much of Myanmar’s foreign trade flows.

Zaw Htay, the main Myanmar government spokesman, said around 100 insurgents attacked at about 5 a.m. using small arms and artillery, and were repelled by armed police and members of a government-backed militia he called “paramilitaries”.

Fifteen civilians, including two women, were killed, and 20 were injured, he said, citing information from police.

One police officer and three militiamen were also killed in the clash, Zaw Htay said. An unknown number of Chinese and Myanmar nationals had fled into China, he added.

“Now the Myanmar military is attacking and following them. They ran away after attacking the civilian targets,” said Zaw Htay. “This is not an ethnic rights movement, this is a terrorist attack.”

L Soe Htan Tu, a spokesman for the government in Muse, confirmed that at least 20 people had been brought to Muse’s main hospital with serious injuries, but said he didn’t know how many were dead.

TNLA spokesman Colonel Tar Aik Kyaw said the attack targeted soldiers and the militiamen who ran the casino, but conceded that civilians could have been caught in cross fire.

“The militia are protecting the casinos – those casinos are the gateway for distributing drugs. Many civilians they go to the casinos and it causes many social problems, so we launched a major assault,” Tar Aik Kyaw said.

The assault was in retaliation for recent attacks on TNLA outposts and for a military push in Kachin state to the north, where an offensive against the Kachin Independence Army, a TNLA ally, has displaced more than 6,000 people in the past month, he said.