India destined to be strategic partner of US: Carter 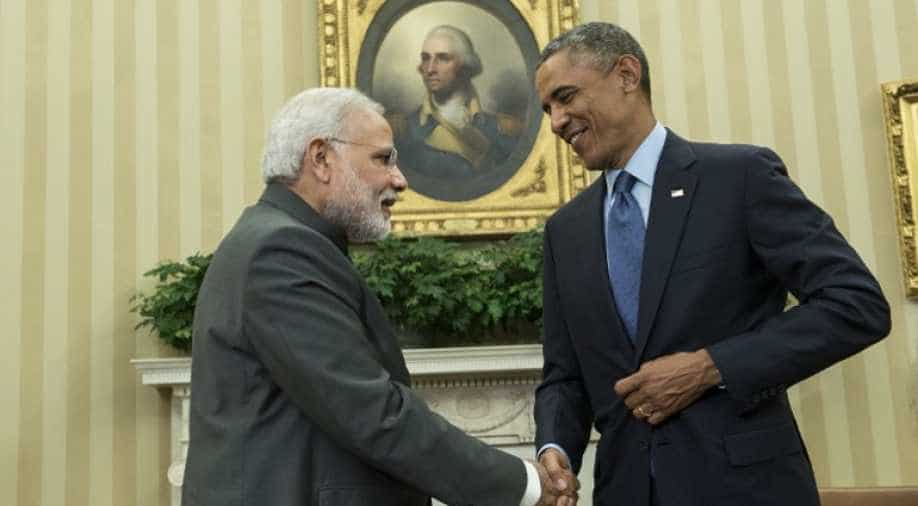 In various capacities both inside and outside the government over the past several years, Carter has been a steady advocate of strong Indo-US defence ties. Photograph:( AFP )

Outgoing defence secretary Ashton Carter has said that India is destined to be a strategic partner of the US with defence ties between the two nations moving beyond a traditional vendor-buyer relation into a phase of co-development and co-production.

"India is destined to be a strategic partner of the United States," Carter told a Washington audience this week at Center for Strategic and International Studies (CSIS), a top American think-tank.

"I say that by dint of corresponding systems of government, democracies, both quite diverse countries, both vibrant, innovative cultures in ways that are interestingly aligned. And so if you spin the globe and say to yourself, where do you think 30 years, 40 years, 50 years from now we will find alignment that is broad and deep? India is one of those places," Carter said.

In various capacities both inside and outside the government over the past several years, Carter has been a steady advocate of strong Indo-US defence ties.

The outgoing Defense Secretary said the key is in cooperation in a manner that is consistent with India's own traditions and kind of where it's coming from in its history.

"Our defence relationship is not one of big brother- little brother, or purely one of vendor-buyer when it comes to arms, but also cooperator, technology share, co-development, co-production. We have a number of programs of that type," Carter said in response to a question.

"That is a link to Prime Minister Modi's Make in India initiative in the defence sphere so it matches that. What I think of as a handshake today besides that technological handshake is a strategic one. We have a rebalance to the Indo-Asia-Pacific. He has an act-East policy," Carter said.