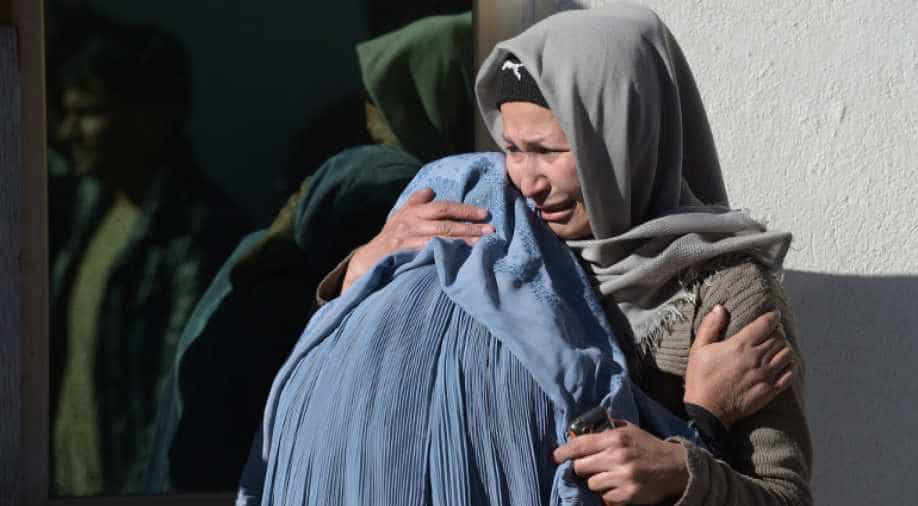 Afghan women weep for their relatives at a hospital following explosions at a Shiite cultural centre in Kabul on December 28, 2017. Photograph:( AFP )

India today strongly condemned the "cowardly" suicide terror attack at a cultural centre in Kabul and said it is committed to extending all possible support to Afghanistan in its fight against terrorism.

More than 40 people were killed in the terror strike at the Shiite cultural centre near a media outlet in the Afghanistan capital yesterday.

The Ministry of External Affairs (MEA) said in a statement that India backs all efforts to bring stability and security to Afghanistan and remains steadfast in its solidarity with the government and the people of Afghanistan at this difficult time.

India strongly condemned the "cowardly suicide terror attack" at a media news agency and the cultural centre in which more than 40 innocent lives were lost and many injured, it said.

India is committed to extending all possible support in their fight against the menace of terrorism and efforts to bring peace, stability and security in the country, it added.

The ministry also extended condolences to the families of the victims of the dastardly attack.