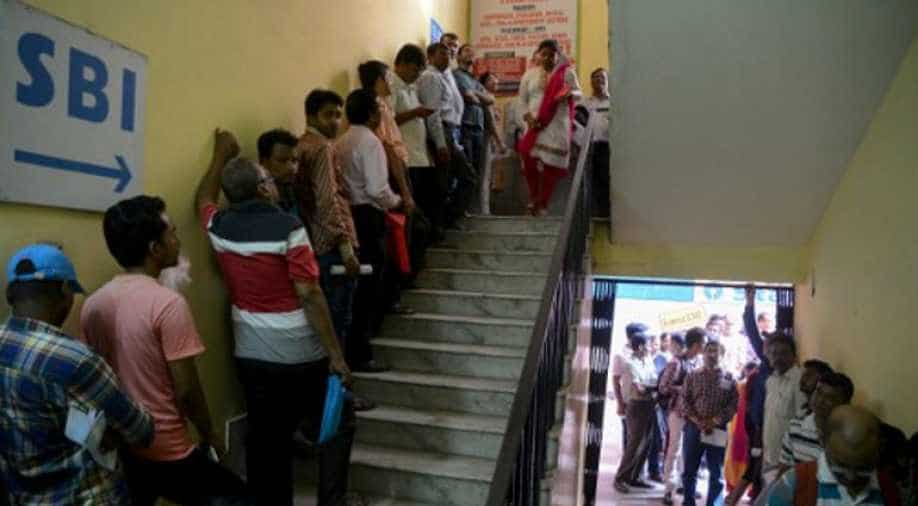 Queues outside banks grew longer as did confusion and chaos, with all cash vending machines still not functioning despite a two-day break for stocking up new currency notes.

People waited for hours to get the cash needed to meet their daily expenses as most prevalent higher denomination currency notes of Rs 500 and Rs 1000 were declared invalid.

But not all of them were operating and the crowds at many of the machines grew increasingly agitated on learning that they were still inactive.

Bank officials said all ATMs should start functioning by tomorrow after old notes are removed and new Rs 500 and Rs 2000 ones stocked in them.

State Bank of India, the nation's largest lender, said it could take 10 days for ATM services to settle down to normal.

There are nearly 2 lakh ATMs in the country. Many of them are configured to dispense only Rs 500 or Rs 1,000 notes and cannot dispense Rs 100 or Rs 2000 notes, so they have to be reconfigured too.

Yesterday, when banks opened after a day's break, millions rushed to deposit and swap Rs 500 and Rs 1,000 notes.

Only a maximum of Rs 4,000 per person was being exchanged at banks and select post offices.

Banks opened additional counters to exchange notes as also allow withdrawal from bank accounts through cheque or withdrawal slips with a ceiling of Rs 10,000 in a day within an overall limit of Rs 20,000 in a week (including withdrawals from ATMs) for the first fortnight i.e. Up to November 24.

Interestingly, today is the last date for old notes to be accepted as payment for water and electricity bills, government penalties, and at state-run petrol pumps, government hospitals, metros and railway tickets.

After midnight tonight, even these utility payments would have to be done in either lower denomination currency or in new currency notes, which will add to the pressure on banks and ATMs.
Banks will work on weekend and till at least 7 pm on these days to cater to the rush.