How Pakistan has persecuted Pashtuns for decades 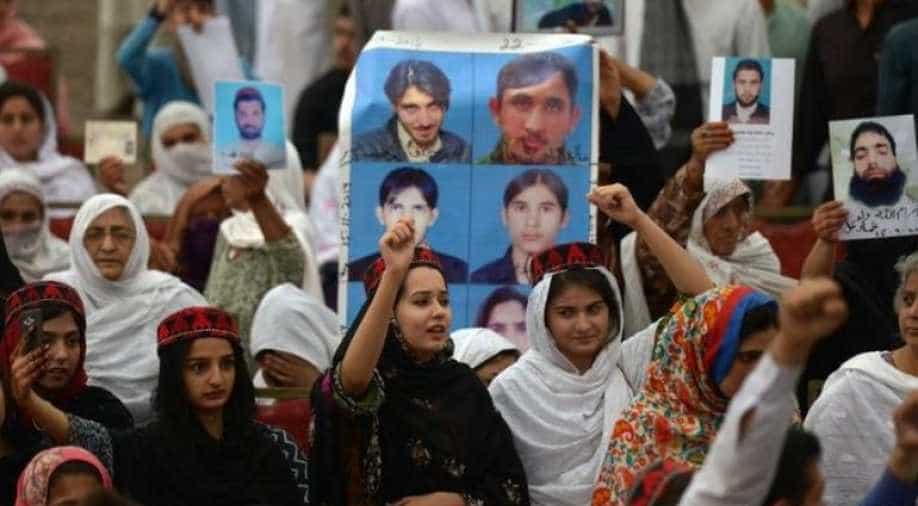 The Pashtuns are Pakistan's largest ethnic minority and have now become the symbol of resistance in the country.

The Pakistani army has used the Pashtuns for creating trouble in Afghanistan and later on killed them when they had served their purpose.

The Pashtuns are Pakistan's largest ethnic minority and have now become the symbol of resistance in the country.

Pakistan's Pashtuns have stirred up a storm after a massive number of protesters participated in a Pashtun unity march in Wana of South Waziristan condemning the re-emergence of terror groups and long-pending demand to produce missing persons to courts.

'Pashtun long march' is a protest movement led by young Pashtuns from the Federally Administered Tribal Areas (FATA), where they have long been the targets of military operations, internal displacement, ethnic stereotyping and abductions by the security forces.

The march was called by the Pashtun Tahafuz Movement (PTM), a political party, which exposes the military offences and brings to the front the issues, which continue to plague the locals including enforced disappearances and fake encounters by the state.

Until 2018, they didn't even enjoy any citizenship rights.  Its unsettled legal status allowed the Pakistani military to exploit it.

After the partition in 1947, the Pakistani military focused its attention on the Indian border. The FATA remained largely ignored and were treated differently from the rest of Pakistan. The Pashtuns perpetually remained in the line of fire and were bereft of any benefits.

In 1979, when the Soviet Union invaded Afghanistan, the United States reached out to Pakistan.

In the alliance between Saudi, Pakistan and US funded mujahideen fighters and Fata served as the training ground for the operation.

America's alliance with Pakistan had unintended consequences and the Pashtuns were the casualty.

In the 1990s, Pakistan backed the Taliban. They fought for power in Afghanistan.

In 2001, America declared a war on the Taliban and took refuge in FATA.

Since 9/11, the tribal areas of Pakistan have become a major theatre for militancy and terrorism.

Under pressure from America, the Pakistani army has conducted 10 operations. While the terrorists flourished, but the pashtuns suffered.

By 2010, more than one million Pashtuns were displaced.

According to the United Nations Development Program, FATA has consistently ranked the lowest in education, health, and standard of living.

On average, a child in FATA spends less than seven years in a school and healthcare facilities are non-existent.

In 2018, FATA was merged with Khyber Pakhtunkhwa but it made no difference to the life of the Pashtuns.