Hafiz Saeed's name not on list of militants handed over by US: Pak 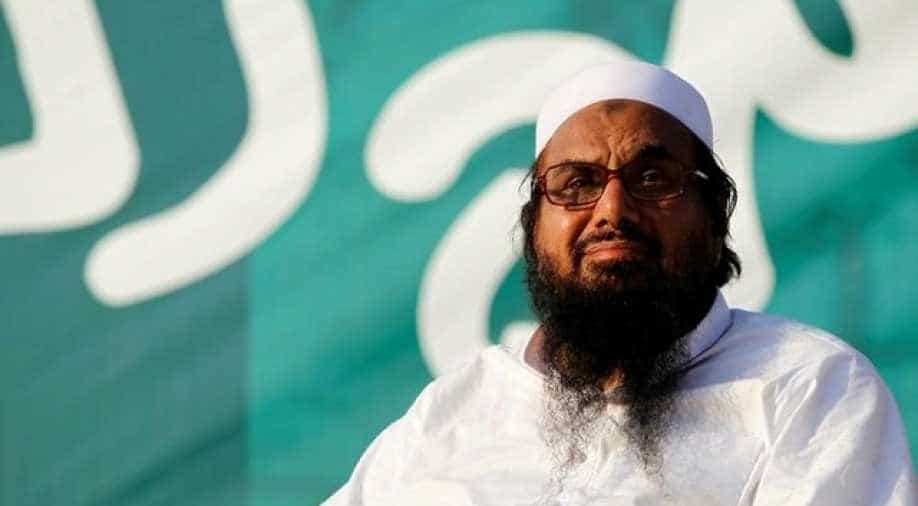 'The Haqqani network is on the top of the list but none of the militants are Pakistanis,' Pakistan Foreign Minister Khwaja Asif was quoted as saying. Photograph:( Reuters )

Mumbai attack mastermind and banned Jamaat-ud-Dawah (JuD) chief Hafiz Saeed's name was not on a list of 75 militants the US had handed over to Pakistan, Foreign Minister Khawaja Asif said today.

Saeed, who carries a USD 10 million bounty on his head for his role in terror activities, has been under house arrest in Pakistan since January this year.

Foreign Minister Asif told senators during a session of the parliament's upper house that the US has handed over a list of 75 militants to Pakistan.

"The Haqqani network is on the top of the list but none of the militants are Pakistanis," Asif was quoted as saying by Express News.

Saeed, a Pakistani citizen, headed the JuD which was listed as a foreign terrorist organisation by the US in 2014.

The JuD is the front for the banned Lashkar-e-Taiba (LeT) terror outfit which is responsible for numerous terror attacks in India, including the Mumbai terror strike of 2008.

The US, Asif said, had made a habit of handing over lists of wanted people to Pakistan, which traded them for favours, a matter that needed to be debated.

He said the US had been told that Pakistan no longer had influence over the Afghan Taliban as it did in the past.

"Neither are we supporting them (Afghan Taliban), nor do they need our help," Asif told the senators during a session of the parliament's upper house.

"Somebody else is sponsoring them now," he added, without elaborating on it.

Asif asserted that many of the key Taliban names were now shadow governors in Afghanistan or no longer alive.

On his maiden visit to Pakistan yesterday, US Secretary of State Rex Tillerson renewed the US demand for tough action against Afghan Taliban and the Haqqani network.