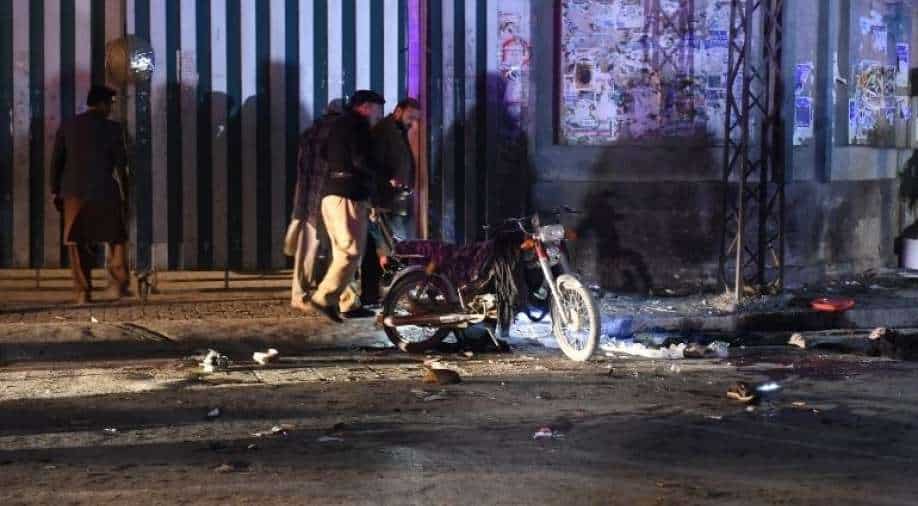 Policemen search for evidence at the site of a bomb blast in Quetta on December 30, 2021. Photograph:( AFP )

The explosion happened on Thursday.Waseem Baig, a spokesman for the Civil Hospital Quetta, where all the injured have been transferred, told Xinhua that four bodies and 15 injured people had been received.

The injured are being treated at the hospital's trauma centre, according to the spokeswoman.

The explosion happened near the Government Science College in the Jinnah Road district of Quetta as a group of students were leaving the college building after finishing a meeting.

Several nearby buildings and vehicles were also damaged due to the blast, said local media reports.

Security authorities and rescue crews rushed to the scene and sent the injured to the hospital, where at least two of them are claimed to be in critical condition.

The area was cordoned off and a search operation was launched.The cause of the explosion is yet unknown, according to police.

The attack has not been claimed by any group or individual.