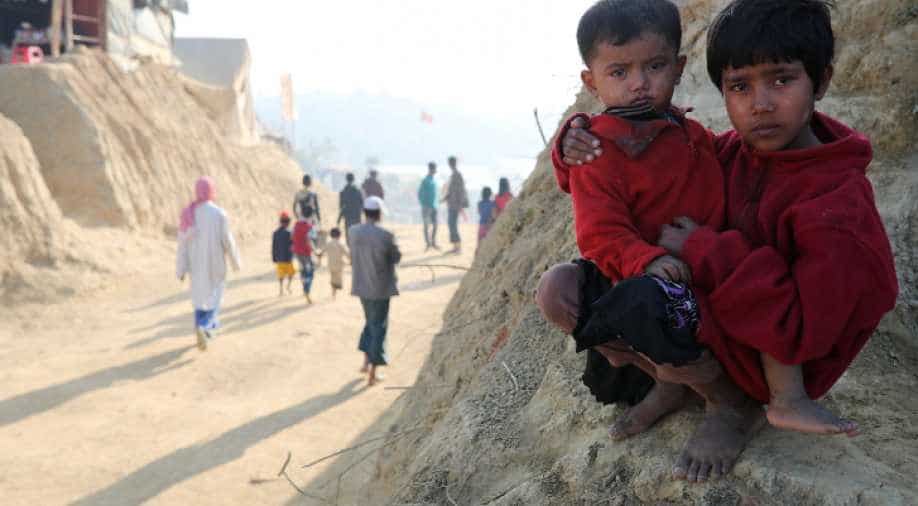 Five mass graves were found in Myanmar contrary to government's claims massacres of the Rohingya never happened and have acknowledged only one mass grave containing 10 "terrorists" in the village of Inn Din.

A news agency through multiple interviews with more than two dozen survivors in Bangladesh refugee camps and through time-stamped cellphone videos has confirmed the existence of mass graves.

A systematic slaughter of Rohingya Muslim civilians by the military, with help from Buddhist neighbours, and suggests many more graves hold many more people, media reports said.

The graves are the newest piece of evidence for what looks increasingly like a genocide in Myanmar's western Rakhine state against the Rohingya, a long-persecuted ethnic Muslim minority in the predominantly Buddhist country.

Meanwhile, the US State Department said on Thursday it was "deeply, deeply troubled" by new reports of mass graves in Myanmar's Rakhine State, where the military has been accused of atrocities against minority Rohingya Muslims.

"We are deeply, deeply troubled by those reports of mass graves," State Department spokeswoman Heather Nauert told a regular news briefing. "We are watching this very carefully. We remain focused on helping to ensure the accountability for those responsible for human rights abuses and violations."

Nauert said the reports highlighted the need for authorities in Myanmar to cooperate with an independent, credible investigation into allegations of atrocities in northern Rakhine state.