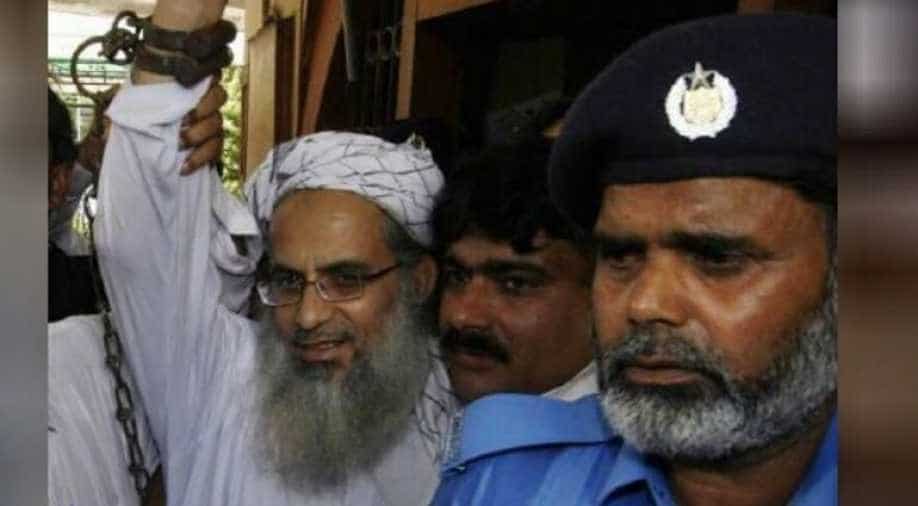 Lal Masjid is a state-owned mosque in Islamabad and Maulana Abdullah, the father of Aziz, was its first cleric. After his assassination in the 1990s, Aziz was appointed the cleric by the Islamabad Capital Territory's (ICT) Auqaf Department.

Deposed cleric of Pakistan's Lal Masjid Maulana Abdul Aziz, who occupied the state-owned mosque here and asserted his claim to be its prayer leader, has agreed to vacate it by Tuesday after striking a deal with the government. Aziz was removed from the post on the orders of the court in 2004 following a fatwa he issued against the army and the operation against terrorists in Waziristan.

However, he was reinstated after his release from prison in 2009, but he stirred another controversy in 2014 after he openly extended support to the perpetrators of the Army Public School attack in Peshawar by calling it a reactionary move by the terrorists. Lal Masjid is a state-owned mosque in Islamabad and Maulana Abdullah, the father of Aziz, was its first cleric. After his assassination in the 1990s, Aziz was appointed the cleric by the Islamabad Capital Territory's (ICT) Auqaf Department.

He returned to the mosque about two weeks ago and occupied the pulpit, delivering a fiery sermon against the government on Friday and demanding implementation of the Sharia law in the country. According to a report in the Dawn newspaper, the cleric on Sunday struck a deal with the government to vacate the compound by Tuesday in lieu of a 20 Kanal (2.5 acres) piece of land in the capital to set up a Jamia Hafsa, a women seminary.

He also agreed that his female students would vacate a building of a seminary in H-11 area of Islamabad which they forcibly occupied apparently on his behest after he took over the mosque. Several rounds of talks were held since he took over the mosque, including one facilitated by the banned anti-Shiite extremist group Ahle Sunnat Wal Jamaat (ASWJ), but remained inconclusive.

The cleric was demanding a hefty amount of Rs 250 million along with a large piece of land to establish Jamia Hafsa and the possession of the adjacent old children's library plot, the report said. However, he agreed to have the land in Islamabad which could be worth millions of rupees depending on its exact location.

Almost all the land of Jamia Hafsa where he resides has been built on encroached land after covering a natural watercourse. Aziz was caught during a 2007 operation when he was trying to escape clad in a woman's full veil (burqa). The operation was launched by former president Pervez Musharraf in which Aziz's younger brother, Ghazi Abdul Rasheed, was killed.

Several cases were also launched against him but he was not convicted and allowed to walk free from imprisonment after some time. He has been living in Islamabad since then. In 2014, he named a library in a female seminary after Al Qaeda chief Osama bin Laden - Maktbah Usama bin Laden Shaheed- to the anguish of the Pakistan government.