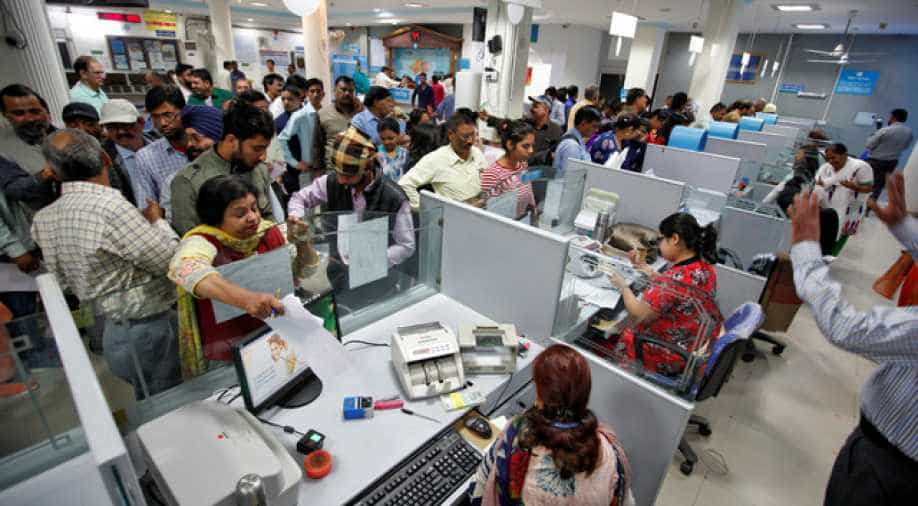 This is the first time such high ranking bank officials have been arrested for alleged fraud transactions post the currency scrap. (Representative image) Photograph:( Reuters )

Two bank managers in New Delhi have been arrested for allegedly helping people converting their old notes and receiving kickbacks for it.

The Enforcement Directorate -- an agency fighting economic crime in India -- impounded 3 kg gold bars, which are believed to be a part of the bribe.

The accused --  Shobit Sinha and Vineet Gupta -- were working for Axis Bank in east Delhi branch.

This is the first time such high ranking bank officials have been arrested for suspect fraud transactions post the currency scrap.

The Indian government had announced scrapping of Rs 500 and Rs 1,000 banknotes on November 8.

The two managers will be produced in a court today (December 5) for further custody, the Enforcement Directorate said.

Axis Bank has suspended the bank managers, issuing a statement: "The bank is committed to following the highest standards of corporate governance and has zero tolerance towards any deviation on the part of any of its employees from the set model code of conduct. In this particular case, the bank has suspended the erring employee and is cooperating with the investigating agencies."

Delhi police got a whiff of the apparent racket when it intercepted three people with cash of about Rs 3.7 crore (close to $543,000) in old notes in front of the said Axis Bank branch last month.

The ED subsequently stepped in to slap money laundering charges against the accused.

During the investigation, the ED found that huge monies were transferred to some shell companies, including a case where the Director of such a firm was a " petty labourer".

The directorate  has notified the bank to "stop operations" in 11 accounts even as it has zeroed on a number of jewellers, entry operators and others in this case.