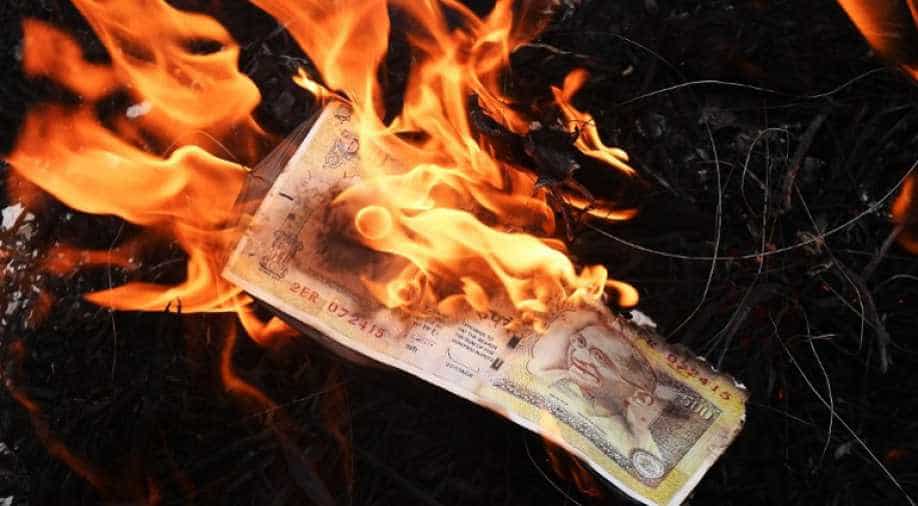 Some temples are trying to cope up with the aftermath of the government's drive against black money as donations dry up. Photograph:( AFP )

In a surprise move, Modi on November 8 announced the withdrawal of 500 and 1,00 rupee notes from circulation, causing panic and chaos.

The BJP government has said the move was aimed at encouraging digital payments and to fight black money.

But, Hindu priests and seers are not very happy about it.

According to Hindu traditions, any 'dakshina' or money paid to seers and priests is to be made in cash and is supposed to be a secret.

"According to our tradition, whenever saints, priests or spiritual leaders are given food they should be given 'dakshina' in terms of cash or in kind. How can we stop this tradition? If Modi wants to end this tradition then he can do so. If he wants to end the culture of saints, then he can. He does not want any saints to remain in India and that the eternal tradition ends," PTI quoted Giri as saying.

Some temples are trying to cope up with the aftermath of demonetisation as donations dry up.

The priest of a local temple, Shyam Pathak, said the authorities were planning to install a card swiping machine soon.

"I think that a card swipe machine should be kept here as soon as possible so that things will be made easier for the devotees and we will also face less problems. A card swiping machine has not been installed yet but efforts are on to get it very soon," PTI quoted Pathak as saying.